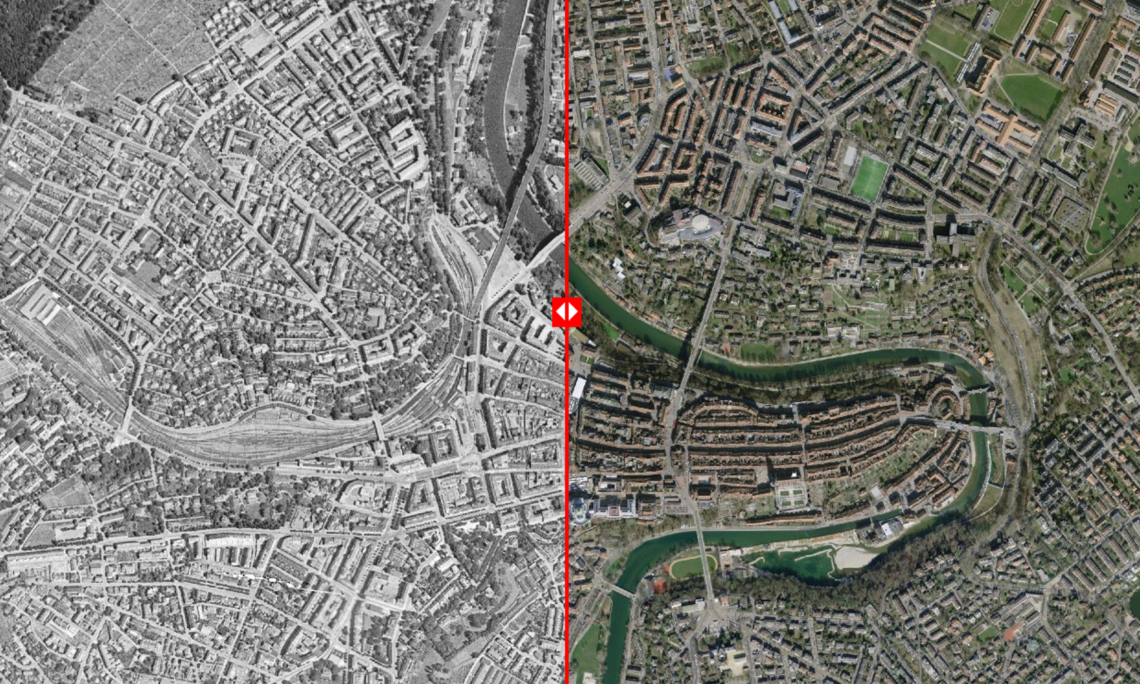 On May 21, the Swiss Federal Office of Topography, swisstopo, organized a press conference at the Swiss National Library to present the exhibition “seen from the sky.” The story and details of the U.S. post-war mission of photographing all of Switzerland from the air was highlighted. U.S. Embassy Bern Defense Attaché Darren Smith was honored to attend and give introductory remarks.

Shortly after WWII, in the spring of 1946, Switzerland granted the U.S. a permit upon request to fly over the entire Swiss territory as part of a joint British-American project to create an aerial map of post WWII Europe. The weapons of sixty-six American B-17 bombers were replaced with two cameras per aircraft. The 64 photography flights over Switzerland in this peaceful mission were part of operation “Casey Jones”, named after the American aviation pioneer, which covered Europe from Iceland to North Africa. The photos of Swiss territory were taken between May 19 and September 24, 1946 and resulted in over 4,000 high-quality photographs of the entire country.

Today these pictures have since been digitized, strewn together, and made available as an online map to the public. The online map provided by swisstopo is a flight into the past for its viewers, who can compare Switzerland today with how it appeared 73 years ago. It shows a Switzerland with more agriculture (as can be seen with the number of fields and fruit trees), no major highways, and no traces of modern buildings (such as the Zurich airport).

The 1946 photo mosaic map of Switzerland is titled SWISSIMAGE HIST 1946 and is available on this site. Stories published by Swiss public broadcaster SRF and the Neue Zürcher Zeitung further highlight the mission of the U.S. planes taking aerial images of Switzerland.

Journey in time: This feature allows you to see the Swiss map of 1946 and the current Swiss map side by side!