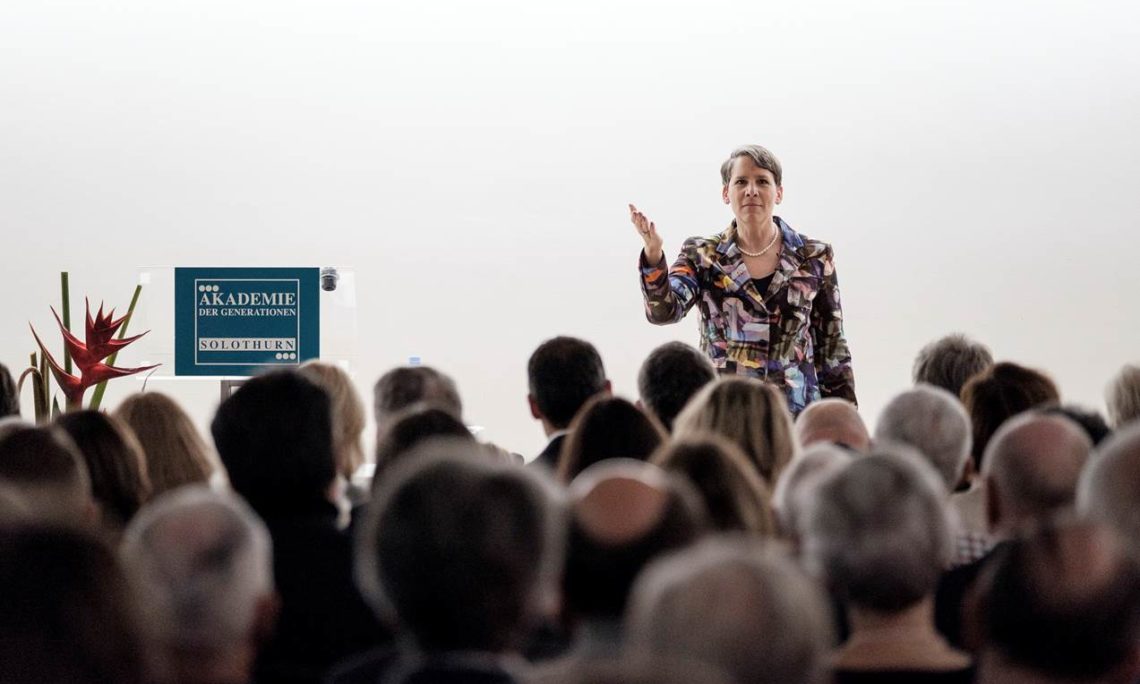 On Tuesday, November 15th, Ambassador Suzan LeVine delivered a speech at Akademie der Generationen, a forum for learning based in Solothurn.  More than 150 participants from businesses, government, education and even students from a local high school came to hear her address: “Switzerland and the U.S: Learning Together.”  Ambassador LeVine highlighted the strong and enduring relationship between the two countries and how much they have benefited from both trade and cultural exchange.  In particular she emphasized the Swiss apprenticeship system and her efforts to expand it in the U.S.  She identified it as an emerging path to the American Dream, one that is more accessible to everyday people and connects them to today’s and tomorrow’s jobs.  In closing, Ambassador LeVine stressed the importance of a dynamic and flexible education system that recognizes multiple paths to a successful career.