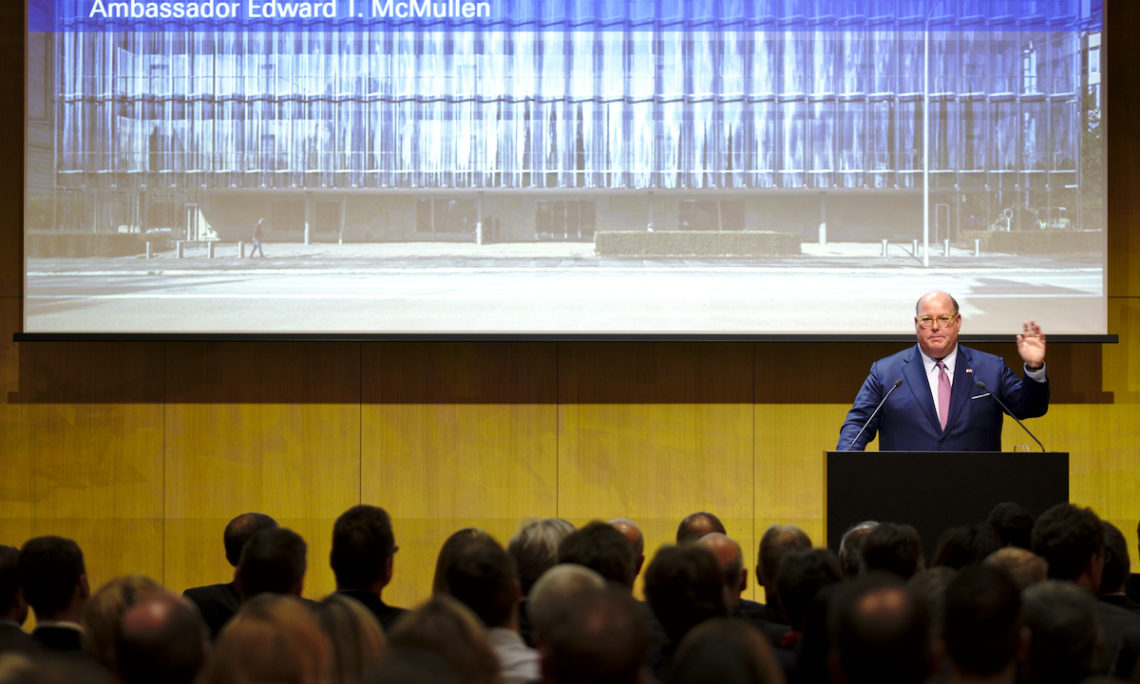 On Thursday, January 11, the Swiss-American Chamber’s New Year’s reception in honor of Ambassador Edward T. McMullen, Jr. was attended by close to 200 executives from the Swiss business community at the Swiss Re Headquarters in Zurich.  In his remarks, Ambassador McMullen highlighted the progress made in the first year of President Trump’s Administration, underscored the strength of U.S.-Swiss economic ties and underscored both countries’ commitment to competitiveness, longstanding traditions of innovation, and an entrepreneurial spirit.  Ambassador McMullen is looking forward to interacting with the Swiss business community.