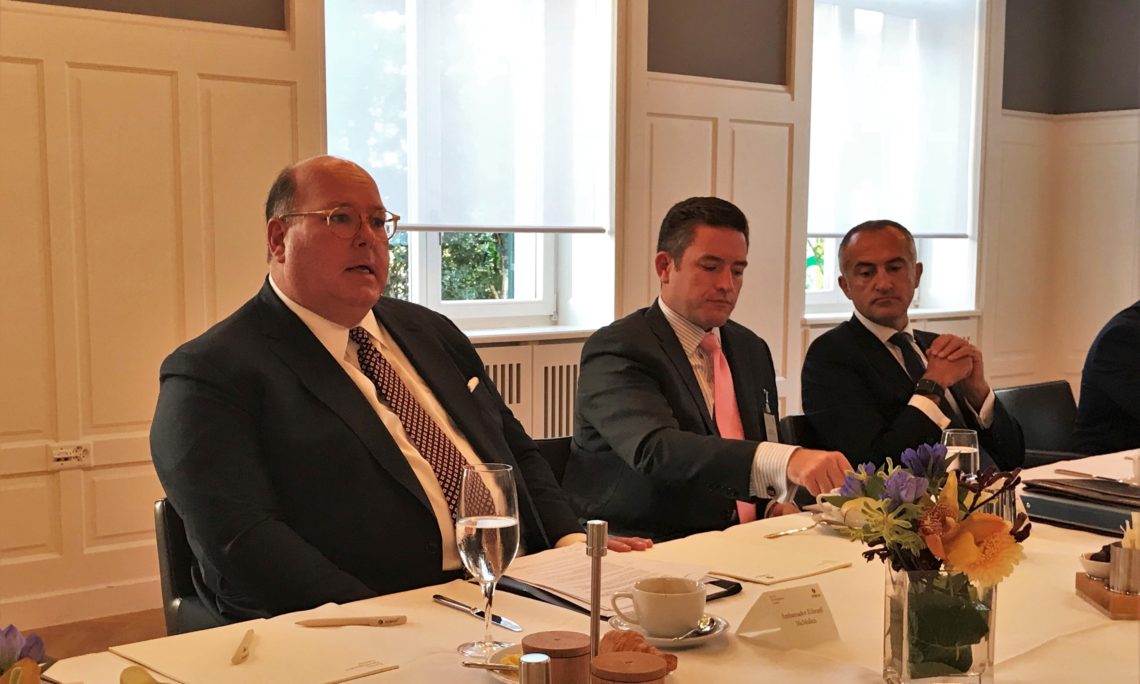 On September 21, Zurich Insurance Group executives welcomed Ambassador Edward T. McMullen, Jr. and Acting SelectUSA Executive Director Brian Lenihan at a breakfast roundtable with Swiss business executives to discuss the companies’ investments in the United States. The discussion also included the Swiss-style vocational program, which some of the companies have implemented at their U.S. facilities. Ambassador McMullen amplified the business-friendly environment in the United States, as well as the positive effects the current business climate has experienced as a result of regulatory relief and the revision of the tax code.