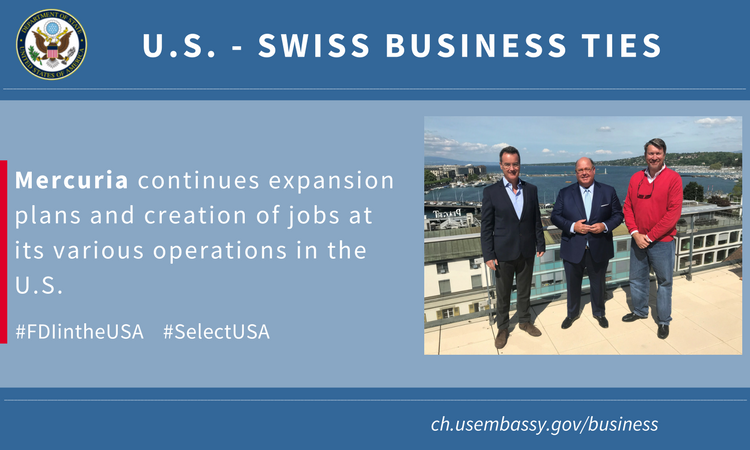 Ambassador Edward T. McMullen, Jr. met with Mercuria CEO Marco Dunand and President Daniel Jaeggi to discuss Mercuria’s significant investments in the United States, as well as continued plans for expansion and the creation of jobs at its various operations.  Mercuria Energy, one of the largest independent commodity traders in the world, is also one of the 30 Swiss companies that has made a commitment to expanding its signature Swiss-style vocational education program for American veterans at its U.S. facilities.