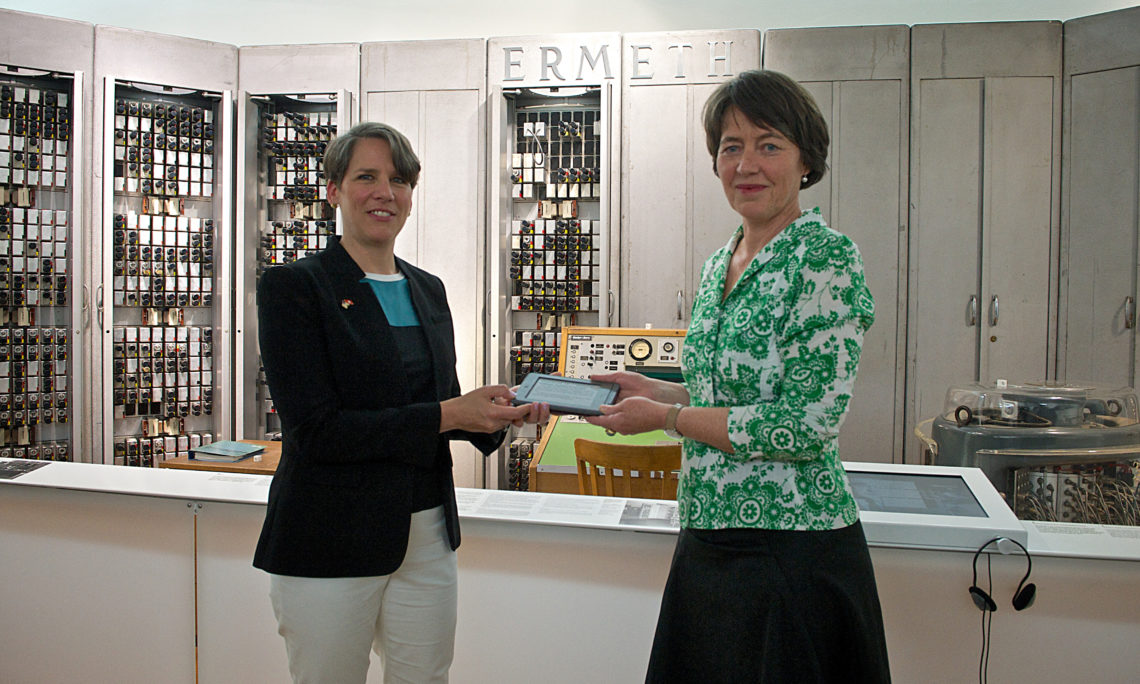 Today, on June 11, 2014, U.S. Ambassador Suzan LeVine donated her eReader to the Museum für Kommunikation. The Ambassador’s use of the electronic device for her swearing-in on May 30th, 2014, caused an international stir.

In her remarks, Ambassador LeVine explained her reasons for using her eReader at the swearing-in ceremony and noted that she “was profoundly surprised and delighted by the chord it struck around the world as reflected by extensive media coverage from Switzerland and Liechtenstein to the United States to many media outlets around the world.”

She thanked the Museum für Kommunikation for the honor of inviting her and remarked that, “given that most museums are documenting the distant past, I’m impressed that your facility is very 21st century in its approach and is capturing the moment more than just documenting the past.”

Ambassador LeVine’s Reasons for using her eReader at Swearing-In

The Museum für Kommunikation expressed its great pleasure at receiving the donation from Ambassador Suzi LeVine – not least because the device and its history fit extremely well into the concept for the museum’s collection.

Jacqueline Strauss, Director of the Museum für Kommunikation, noted that “in our exhibitions, visitors can experience how communication and the technologies of communication influence our lives. When we collect objects for the museum, we are not only interested in the items as such, but especially in their history. Ambassador LeVine’s eReader is a perfect example for this.”