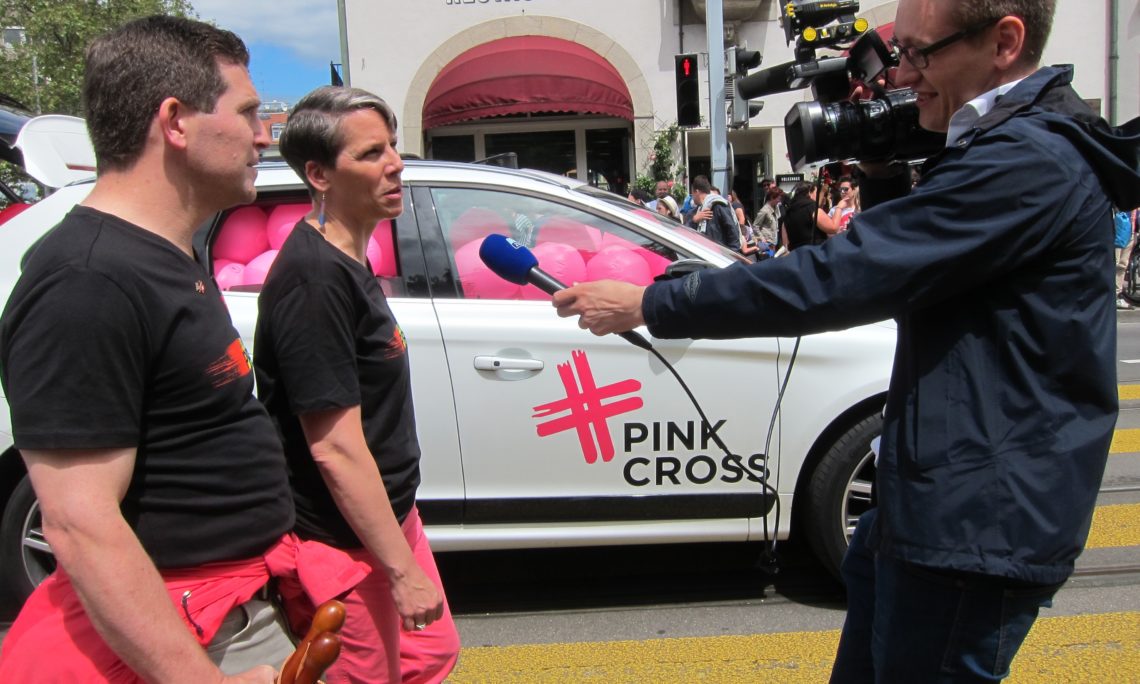 On June 11, Ambassador LeVine, along with her husband Eric, led a delegation of diplomatic representatives in the Zurich Pride march. Before the march kicked off, Ambassador LeVine delivered opening remarks, addressed this year’s Pride theme – TeamForLove — focusing on the love that binds all families together regardless of the parents’ sexual orientation. She expressed delight that the U.S. Supreme Court now allows same-sex couples to marry, and that a U.S. Federal court recently struck down restrictions on same-sex couples adopting. Following her remarks, Ambassador LeVine, her husband Eric, and their two children marched in the parade with other diplomats including U.K. Ambassador David Moran and Finnish Ambassador Jari Petteri Luoto. Along the parade route activist and drag queen Jazzmin Moore interviewed the Ambassador about President Obama’s proclamation of June as Pride Month.

U.S. Embassy Bern engages in activities in support of the human rights of the LGBTIQ community and is proudly hanging the Pride Flag throughout the month.