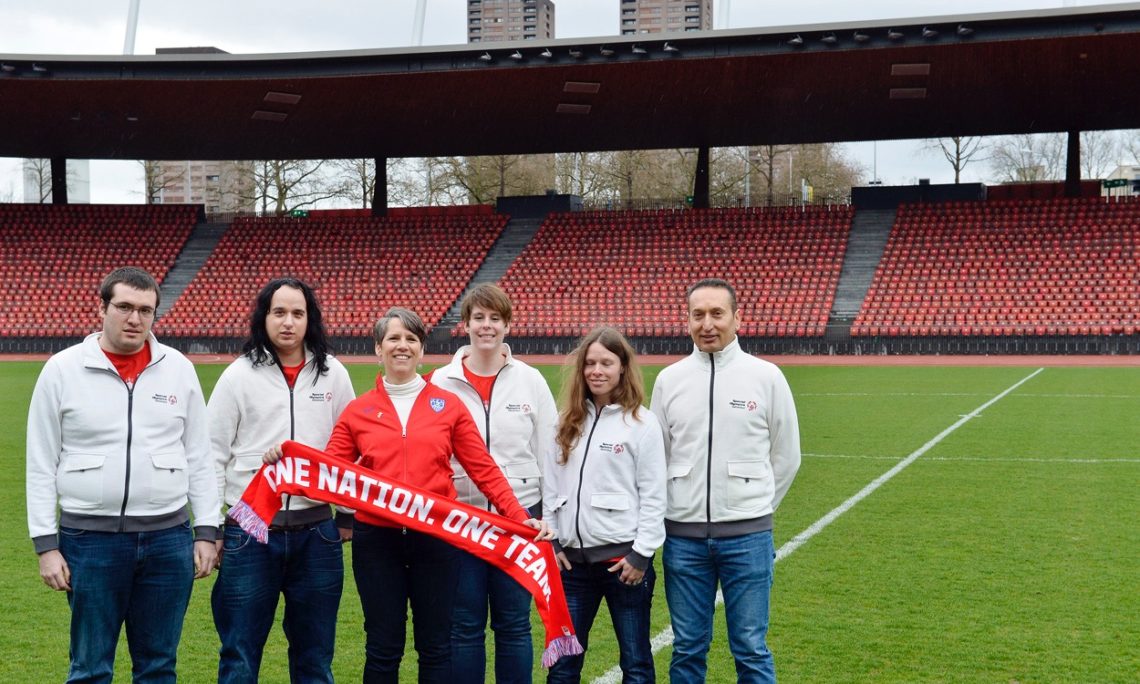 The U.S. Men’s Soccer Team, in Switzerland for an International Friendly match against the Swiss National Team, invited Ambassador LeVine and representatives of the Swiss Special Olympics team to a training session in Zurich on Sunday, March 29. Coach Jürgen Klinsmann welcomed Ambassador LeVine and four Swiss Special Olympians, Numa Nunez, Mauro Facciolo, Fabienne Waelti and Carmela Ernst, along with Coach Emin Duendar, who will all be traveling to Los Angeles to compete in the Special Olympics later this year.

“I’m a big believer in the power of sports diplomacy,” said Ambassador LeVine. “Sport is an international language and athletes like the Special Olympians and the U.S. Men’s Soccer Team deliver the international message of fair play and teamwork everywhere they go.”