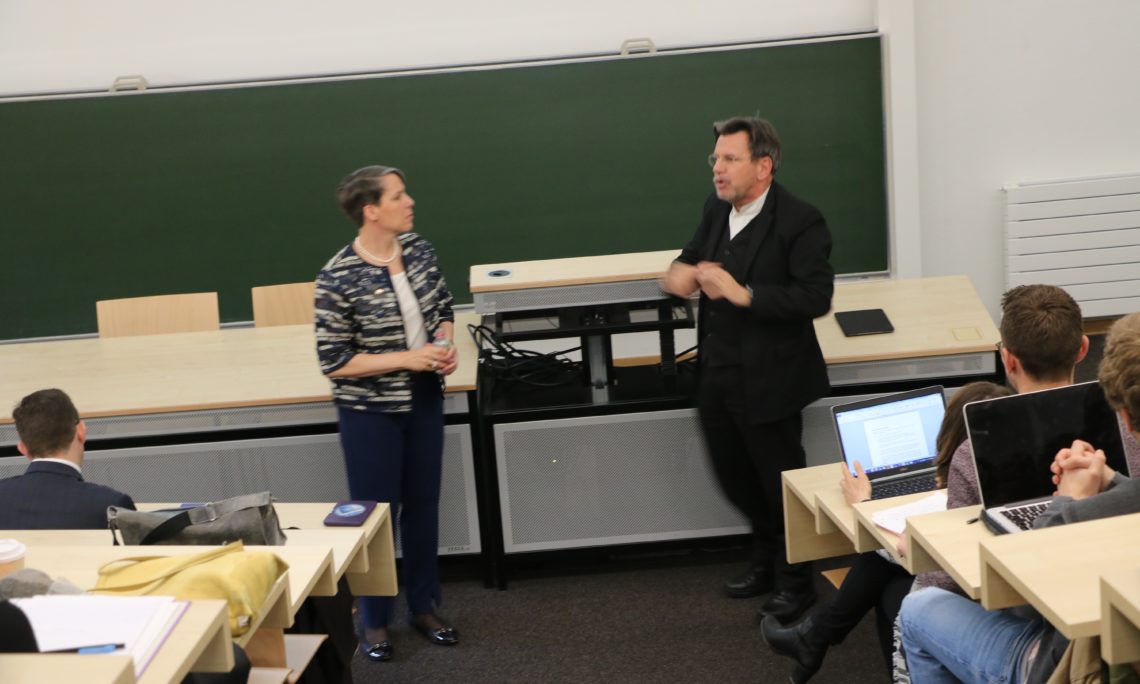 As part of the Embassy’s ongoing educational outreach, Ambassador Suzi LeVine and her husband, Eric LeVine, visited the Academy for Journalism and Media of the University Neuchatel. She gave a presentation to students who are pursuing a Master’s degree in journalism in a class taught by SRF presenter Stephan Klapproth and RTS Editor-in-Chief Patrick Nussbaum.

In her presentation focusing on communication and social media, Ambassador LeVine explained how the U.S. Government, U.S. Embassy Bern and she herself use social media to establish a direct connection to the people of Liechtenstein and Switzerland. Social media is an important and invaluable tool to directly engage with people and also to “humanize” officials, such as herself, the Ambassador said.

She also stressed the importance of a free press in a democracy and told the students that they will play an essential role in Swiss society and politics as the future generation of journalists. In a lively Q&A session after the presentation, the students raised questions focusing on current Swiss-U.S. relations, U.S. policies, the Ambassador’s career and the U.S. presidential elections.