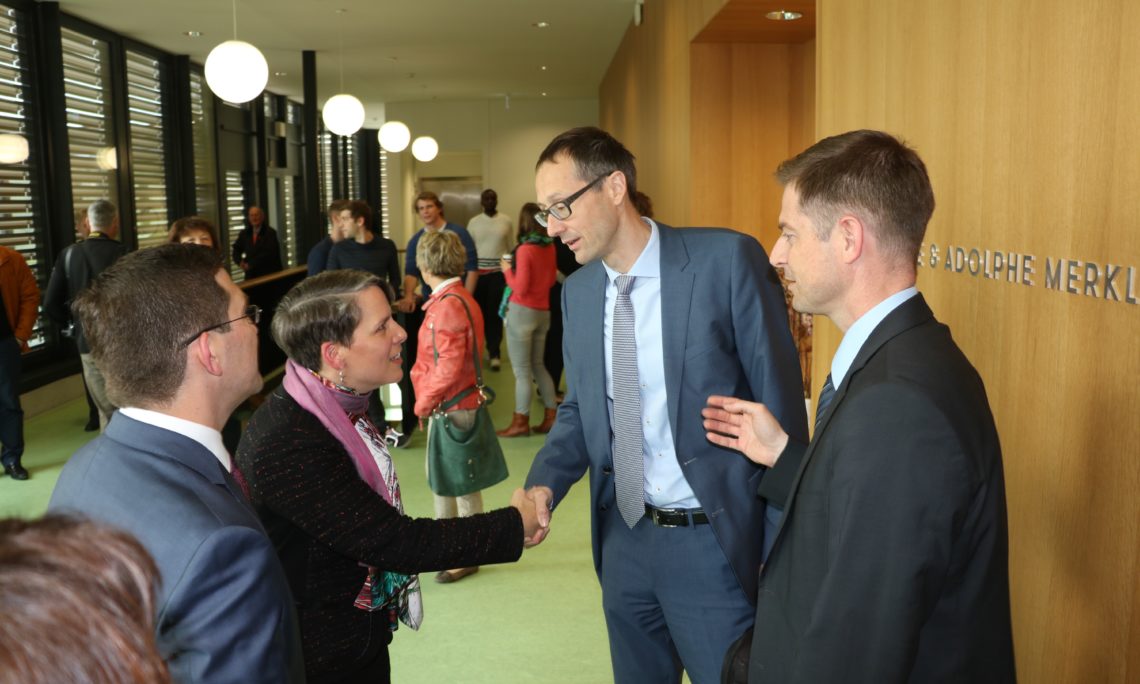 On Tuesday April 26, Ambassador LeVine and her husband Mr. Eric LeVine visited the  Adolphe Merkle Institute at the University of Fribourg. The visit consisted of a round table with graduate and post-doc students followed by a presentation to students, professors, institution leaders, and cantonal officials.

Following the round table discussion, Ambassador LeVine gave a presentation on innovation and education.  In her remarks she compared Swiss and American approaches to innovation and discussed the role education can play in creating innovative thinkers.  Ambassador LeVine explained  that schools like High Tech High in San Diego California are models for the next generation of education, because these schools focus on project-based learning with a multi-disciplinary approach and teachers functioning as a coach.