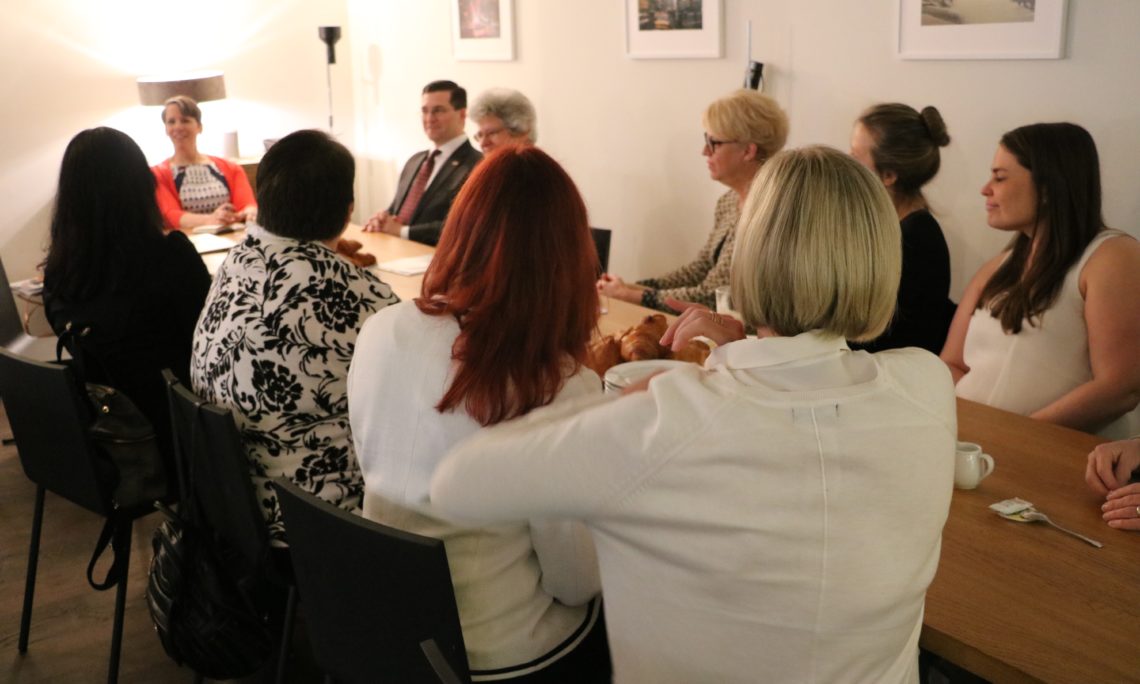 On February 22, 2016, Ambassador LeVine and her husband, Eric, traveled to Basel to meet with local officials of the canton of Basel Stadt.  During the discussion, the Ambassador highlighted recent progress in introducing the Swiss apprenticeship model to the U.S. with the collaboration of Swiss firms.

While in Basel, Ambassador LeVine met with the American Women’s Club of Basel, held a Town Hall meeting with U.S. citizens, spoke with university students and met with executives of the Bank for International Settlements (BIS).

At BIS, the discussion centered on fostering a fertile environment for entrepreneurship and investment risk-taking in a post-2008 world.

Ambassador LeVine spoke to University of Basel students about her career trajectory and the work of the U.S. Embassy in Switzerland. The students asked about how one becomes an ambassador, the current elections, and whether Americans abroad are able to participate. The Ambassador explained that citizens can vote by absentee ballot and closed the session by stressing the importance of voting because “if you don’t vote, you can’t complain.”

Ambassador LeVine concluded the Basel Stadt visit by holding a Town Hall meeting for American citizens at the International School of Basel. After the lively question and answer session, Consular Officers from the U.S. Embassy in Bern helped U.S. citizens apply for passports, register to vote, and apply for birth certificates. The Embassy will host future consular events for U.S. citizens in regions throughout Switzerland. Details will be announced on the Embassy home page and via social media.