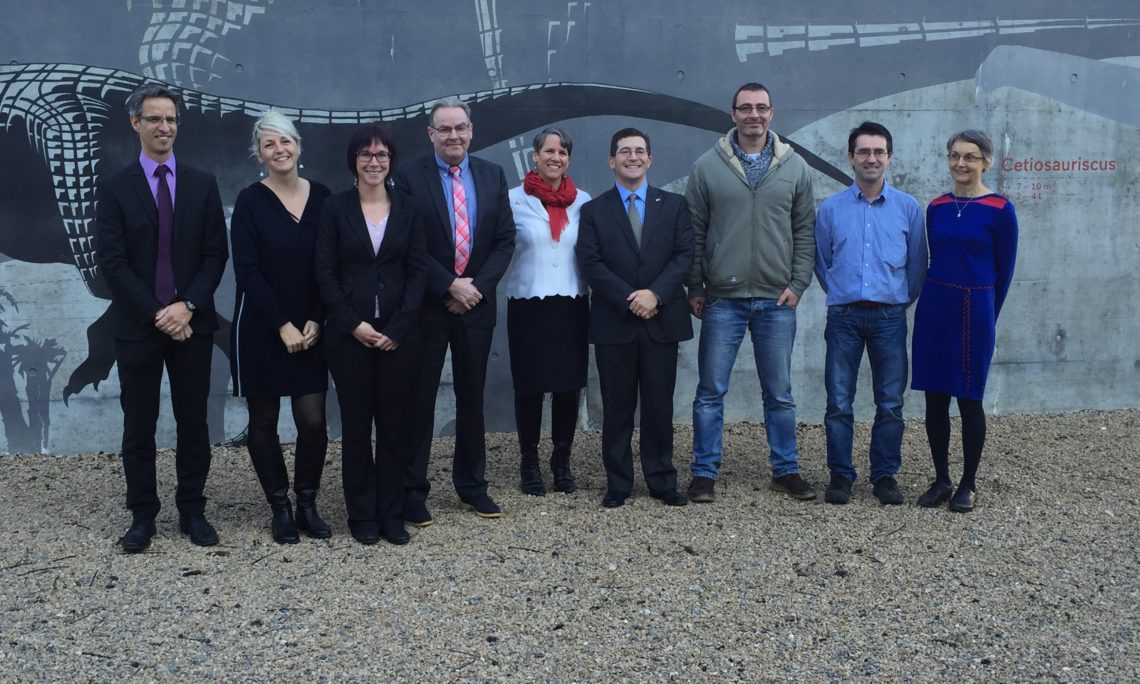 On December 8, 2015, Ambassador LeVine travelled to the Canton of Jura to meet with local officials. While in Jura, the Ambassador visited the towns of Porrentruy, Delemont, and Glovelier. In Porrentruy, the Ambassador LeVine toured the technical division of the Jura Center for Education and Training. There, she was able to witness first-hand the benefits of vocational educational training while observing students gaining experience in watchmaking, automation, IT administration, and micromechanics. In Delemont, Ambassador LeVine met with Mr. Michel Thentz, President of the Canton of Jura, as well as members of the Jurassian cantonal government. She also had the opportunity to visit the Museum of Jurassian Art and History. In Glovelier, the Ambassador met with representatives of the U.S. company Fossil, and toured one of the company’s state-of-the-art watchmaking factories. Overall, Ambassador LeVine was impressed with Jura’s natural beauty, as well as the canton’s ability to attract world-class business through top-notch vocational educational training.