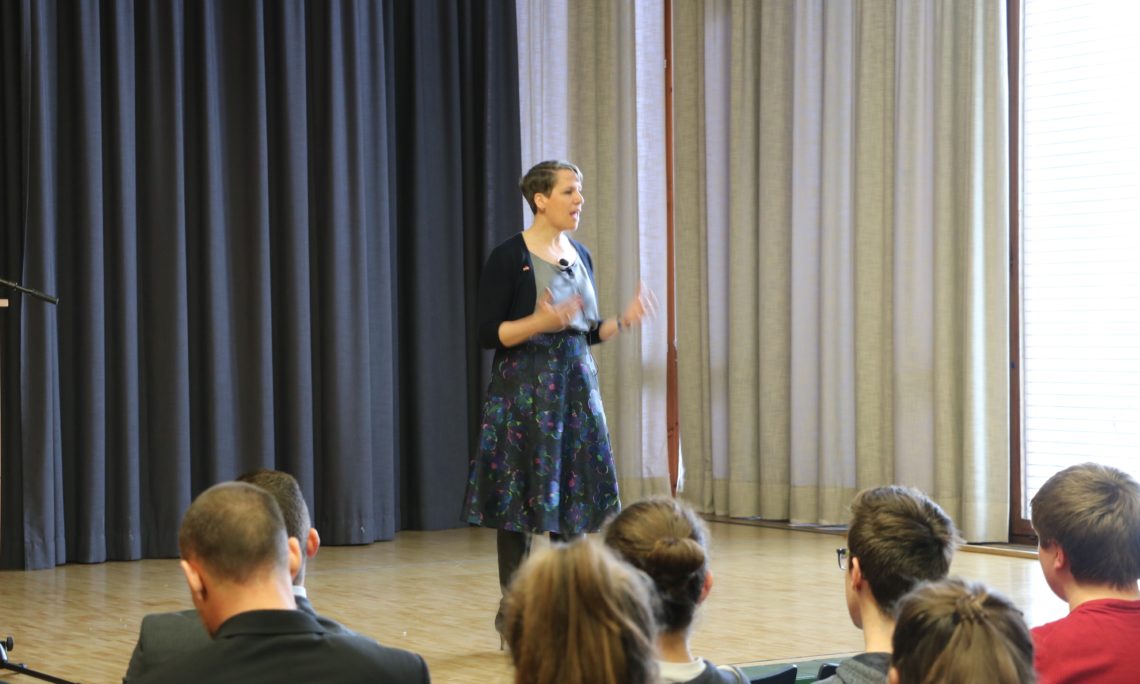 Embassy Bern places a high priority on meeting with Swiss students to discuss U.S. policy, the work of the Embassy and to share information on current developments in the U.S., such as the presidential elections. As a part of this ongoing educational outreach, Ambassador Suzan LeVine, along with her husband Eric LeVine, visited two schools in the Canton of St. Gallen on March 3.

At the Kantonsschule Wil, Ambassador LeVine gave a presentation to a large group of students, discussing her career path, her life as an Ambassador in Switzerland and the priorities of the Embassy. She then was joined on stage by four students, who conducted an informal panel discussion with her and Eric. Afterwards, the school hosted a lunch, during which the discussion continued with a smaller group of students.

The next stop was to the Toggenburg to visit the Kantonsschule in Wattwil, where Ambassador LeVine spoke to a group of more than a hundred students. After the presentation she answered student questions on U.S. foreign policy and the elections. Following the session with the students, the Ambassador gave an interview to the Toggenburger Tagblatt, a local daily.