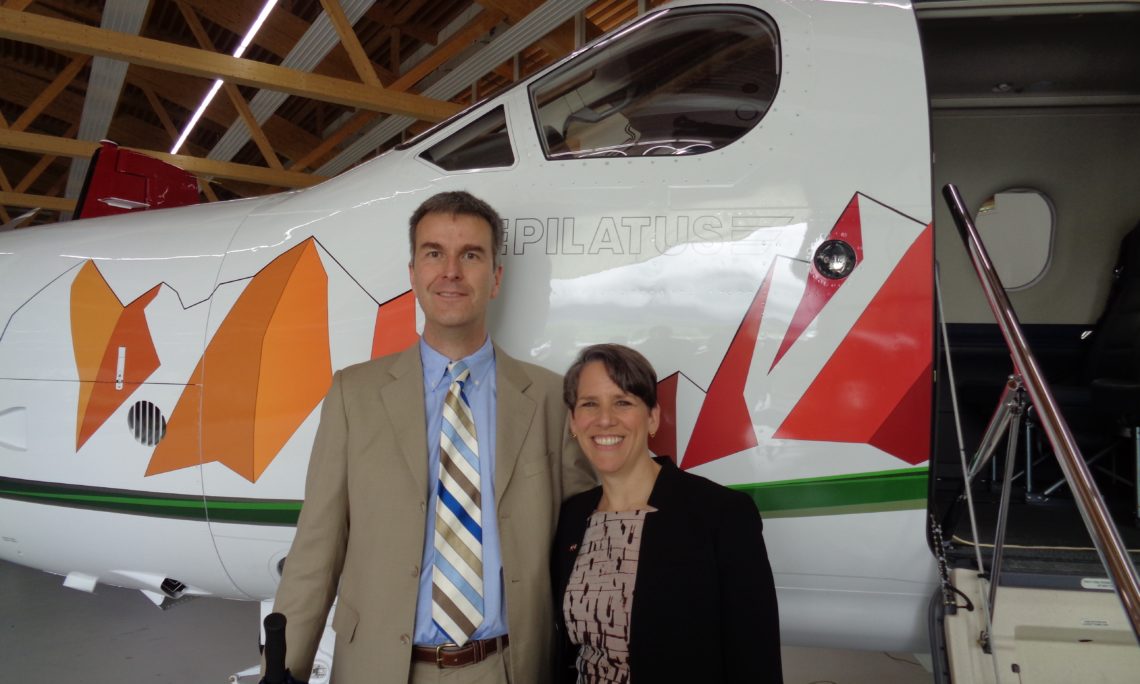 July 30, Pilatus Aircraft Ltd. CEO Markus Bucher and the members of Pilatus’ board welcomed Ambassador LeVine to the Pilatus manufacturing facility in Stans, Switzerland. As the sole Swiss company that develops, produces and sells aircraft to customers around the world, Pilatus plays a critical role in Switzerland’s aviation industry. Its flagship aircraft, the single-engine PC-12 turboprop, has made major inroads in many markets around the world, most notably in the U.S. The Pilatus U.S. operation in Broomfield, CO runs a sales, completion and service center through which a substantial number of PC-12s are sold.