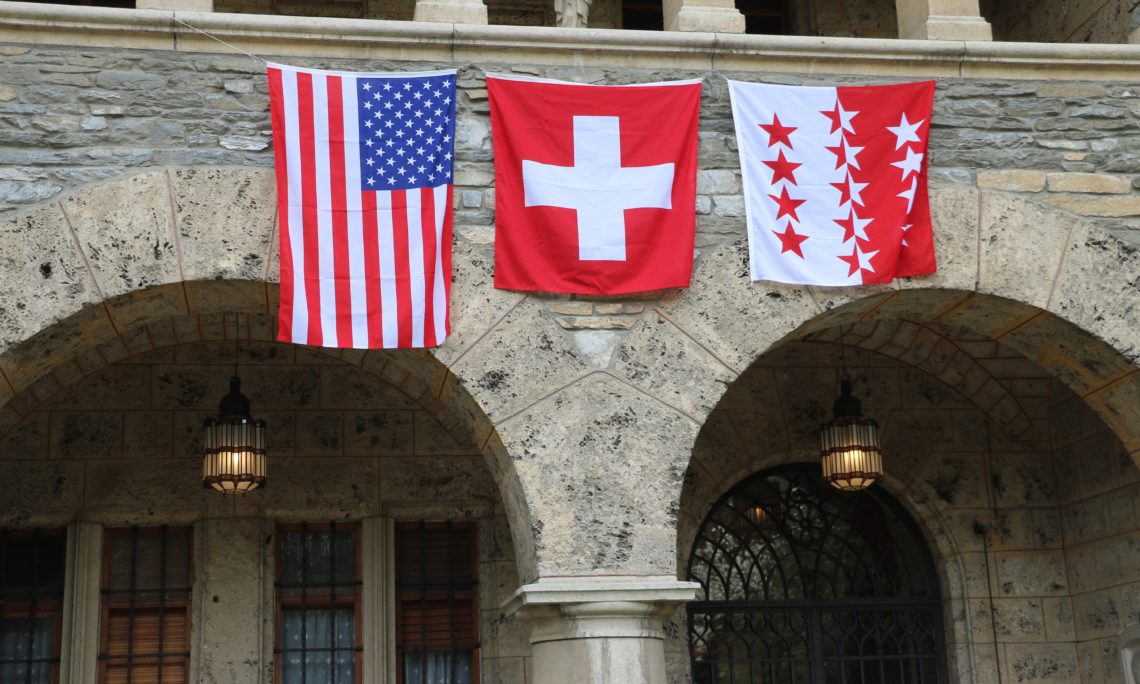 On April 5, 2016, Ambassador LeVine and her husband, Eric, traveled to Valais to meet with local officials of the canton of Valais.  During the visit,  Ambassador and Mr. LeVine met with President Jacques Melly, Vice-President Esther Waeber-Kalbermatten, Cantonal Chancellor Philipp Spoerri, President of the Valais parliament Nicolas Voide,  Cantonal Prosecutor of Valais Nicolas Dubuis, and President of the Valais District Court Stéphane Spahr. Their discussion included current events, the U.S. election cycle, and an exchange of ideas on ways to boost U.S.-Valais relations.

While in Valais, Ambassador LeVine met with the president of the foundation of Fort de Dailly and toured the bunker. On the tour, Ambassador and Mr. LeVine learned about the transition process the bunker is undergoing – from that of a military operation to a facility for civilian use. In addition, they learned about the operations of the 1950s technologies prevalent in the bunker and of the defense mechanisms used in the mid-20th century.