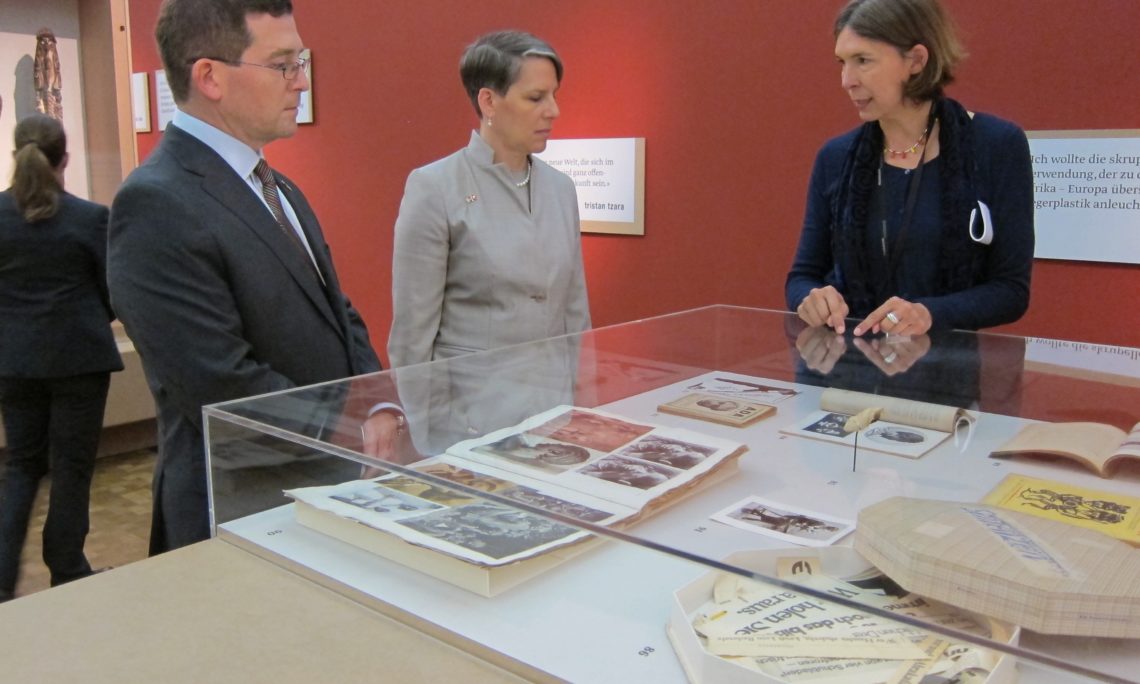 On May 24, 2016, Ambassador LeVine and her husband, Eric, traveled to Zurich to meet with members of the Zurich Cantonal Government and talk about the growth of Swiss start-ups. While there, they also met with the South Pole Group to learn more about how the private sector can help reduce carbon emissions.

Later, the Ambassador and Eric enjoyed a tour of the Museum Rietberg by its director, Dr. Albert Lutz. Dr. Lutz and his staff shared insights about various pieces in the Gardens of the World and Dada Africa exhibits. The Ambassador and her husband were particularly impressed by the use of mixed media throughout the museum.

The day’s visit culminated in a packed hall at the University of Zurich where Ambassador LeVine spoke on the U.S. presidential elections process. This event was one in a series of outreach activities at universities and high schools where the Ambassador explains how delegate selection, primaries and caucuses, and grassroots organizing contribute to democratically electing a leader to the highest office in the United States. Dr. Stephanie Walter, Professor for International Relations and Political Economy, shared analysis on changing political movements in the current campaigns. After the presentations, Dr. Frank Esser, Professor of International and Comparative Media Research, moderated a lively question and answer session with students. The Ambassador and her husband stayed long after the event to engage with the youth and encourage them to vote.