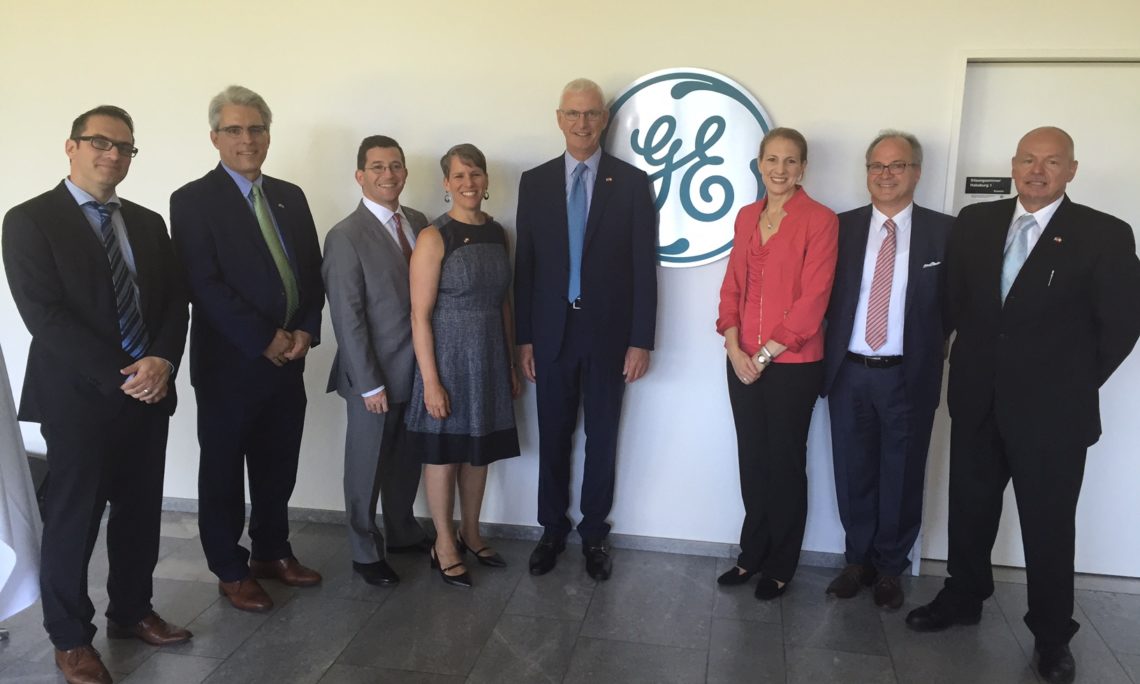 On August 26, 2016, Senior VP and CEO Power Services Paul McElhinney and his team welcomed Ambassador Suzan G. LeVine and her husband, Mr. Eric LeVine, at the GE plant in Birr.  Ambassador LeVine and Mr. LeVine toured the plant and met with a number of apprentices who were working on different elements of the gas turbines in use all over the globe.  With the acquisition of Alstom Power, GE has significantly increased its footprint in Switzerland, advancing to one of the largest U.S. providers of jobs.