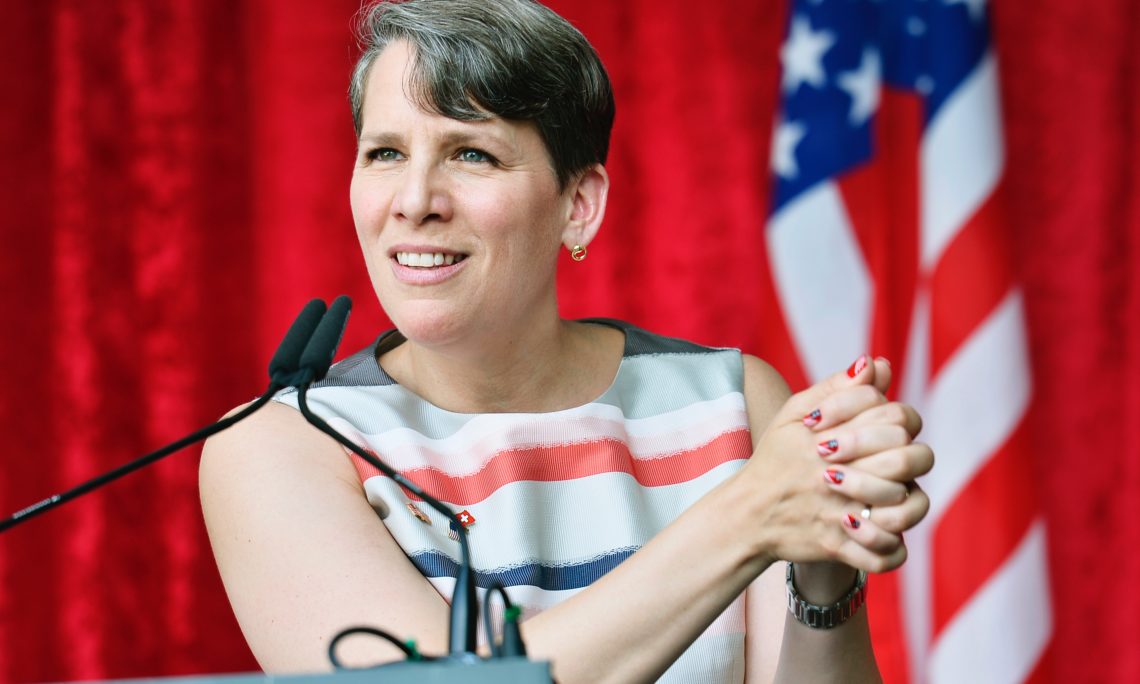 Every day as she interacts with people in Switzerland, Suzi LeVine, U.S. Ambassador to Switzerland and Liechtenstein, gets questions about the U.S. election. Here are the most frequently asked questions and her answers — just as the U.S. Presidential election begins in earnest: Monday, February 1 is the Iowa caucus, the first chance for voters to make their voices heard.

1) Who do you predict will win?

Ambassador LeVine: I can’t predict who will win and, given how close previous elections have been, I suspect we won’t know until after the polls close on November 8, 2016.

2) Can Donald Trump be President?

According to Article 2 of the U.S. Constitution, to be eligible, one needs to be 35 years old or above, lived in the U.S. for at least 14 years, and be a natural born citizen.

3) Candidate X is leading the polls – does that mean he/she will win?

Polls don’t vote. People do. So a candidate’s position in the polls does not indicate that he or she will win.

4) If a Republican wins the Presidency, can he/she roll back Obama’s policies/actions?

Whether the policies and actions from the Obama Administration can be rolled back depends on the action. Some were initiated via Presidential Executive Orders, others via laws which were passed, still others via regulations. The reality is that an election is all about citizens voting for the direction that they want for their country.

5) Can a woman be President of the United States?

It is similar to a Landsgemeinde where citizens show up in person to discuss and vote for the candidate they support to become the party nominee. They have the same effect as a primary election in terms of allocating delegates to the candidates. Alaska, Colorado, Hawaii, Iowa, Kansas, Maine, Minnesota, Nevada, North Dakota and Wyoming are the only states to rely solely on the caucus, according to the Federal Election Commission. The territories of American Samoa, Guam and the Virgin Islands use the caucus also. All other states and Puerto Rico use primary elections or a combination of the voting formats.

7) How do you know who is winning in the Primary Season?

There are many websites that track the ongoing results. To become the presumptive nominee, a candidate needs to win the following number of delegates: for the Republicans it’s 1,237; and for the Democrats it’s 2,383.These numbers may change slightly depending on a few factors.

8) What is Super Tuesday?

It is the day on which several states hold primaries or caucuses and more delegates are distributed than any other day of the Primary season. This year Super Tuesday is March 1st, 2016.

9) Are you supporting Hillary?

I am in a non-partisan position and am not publicly endorsing any candidates.

10) Will the new President keep you as Ambassador? What happens to you?

Got a question for Ambassador LeVine? Ask at the U.S. Embassy Facebook page https://www.facebook.com/USBotschaftBern/