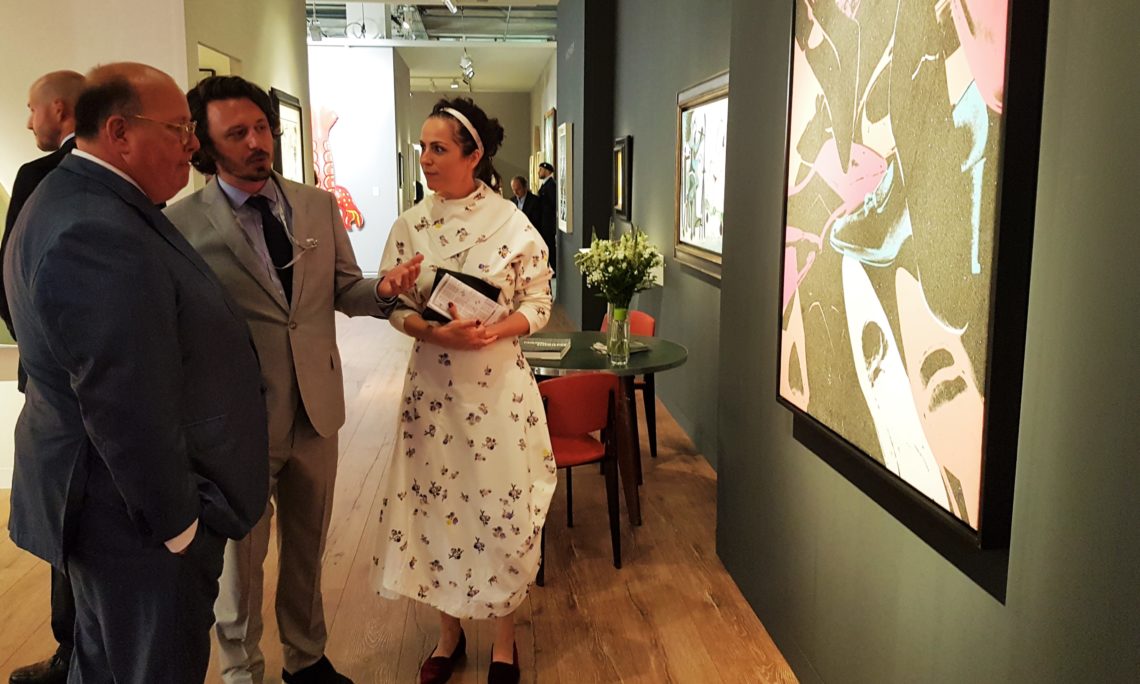 Ambassador McMullen on a tour of Art Basel guided by Dunja Gottweis (Gallery Relations Americas at Art Basel) and a U.S. gallery owner.

For the opening of Art Basel 2018, Ambassaor McMullen gave a welcome address at a reception for representatives from Miami Beach at the City Hall in Basel. The Canton of Basel-Stadt has long-standing ties to the United States. In 2002, the Art Basel took place in Miami Beach for the first time, which established an ongoing dialogue and exchange between Basel-Stadt and Miami Beach.

The reception on June 13, 2018 was part of the official welcome for the Miami Beach delegation. In addition to the Ambassador’s remarks, there were speeches by the the Head of the Basel-Stadt government, Elisabeth Ackermann, and Miami Beach Commissioner Ricky Arriola. Other members of the delegation included government officials, representatives from Art Basel Miami Beach and the Miami tourism industry. After the reception, there was a lunch followed by a private tour to see U.S. galleries presenting their collections at Art Basel.

The press release from the Canton Basel-Stadt about welcoming the Miami delegation can be found here.