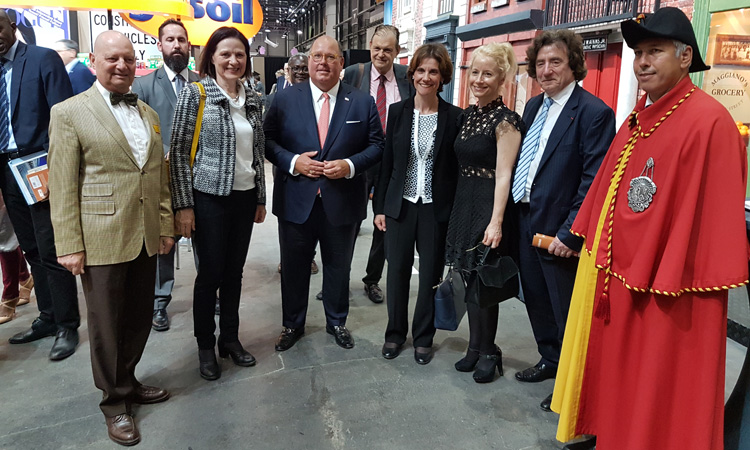 On April 25, Ambassador Edward McMullen attended the official opening of the 32nd annual Geneva Book Fair–the second largest French-language book fair in the world. The Fair attracted 100,000 guests and up to 1,000 authors over five days. The city of New York was honored with a special pavilion and an extensive program of activities.  With his attendance, Ambassador McMullen wanted to emphasize the U.S. interest in the French-speaking part of Switzerland and to stress the importance of intercultural exchange.  Naturally, there was ample time for him to network with political leaders of the Republic of Geneva and the Canton of Valais, and peruse the large collection of books related to New York.