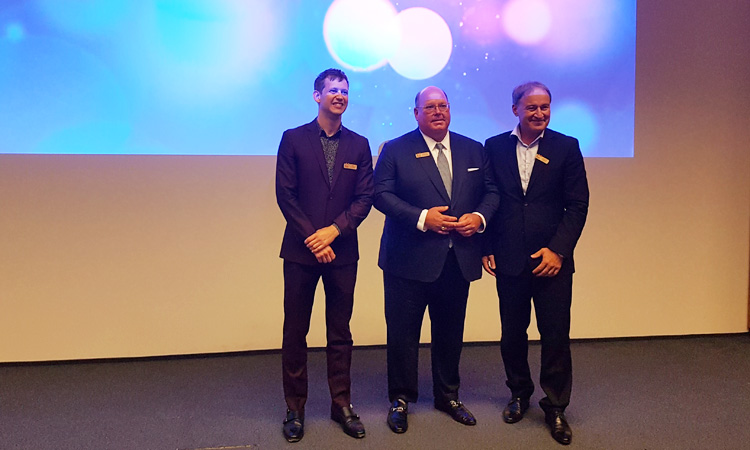 On June 1,  Ambassador Edward T. McMullen, Jr.  attended the celebration of ten years of Disney research in Zurich, Switzerland.  At the celebration, examples of the successful collaboration between Disney and the Swiss Polytechnic University, ETH, were shown.  With strong ties to the Computer Graphics lab at ETH, the Disney lab in Zurich is influencing video of the future (video manipulation, video coding, 3D, and perceptual studies), computational cinematography, human and facial animation, and capture technologies.  Several Disney representatives from the U.S. were present along with some representatives of the Zurich cantonal and local governments.