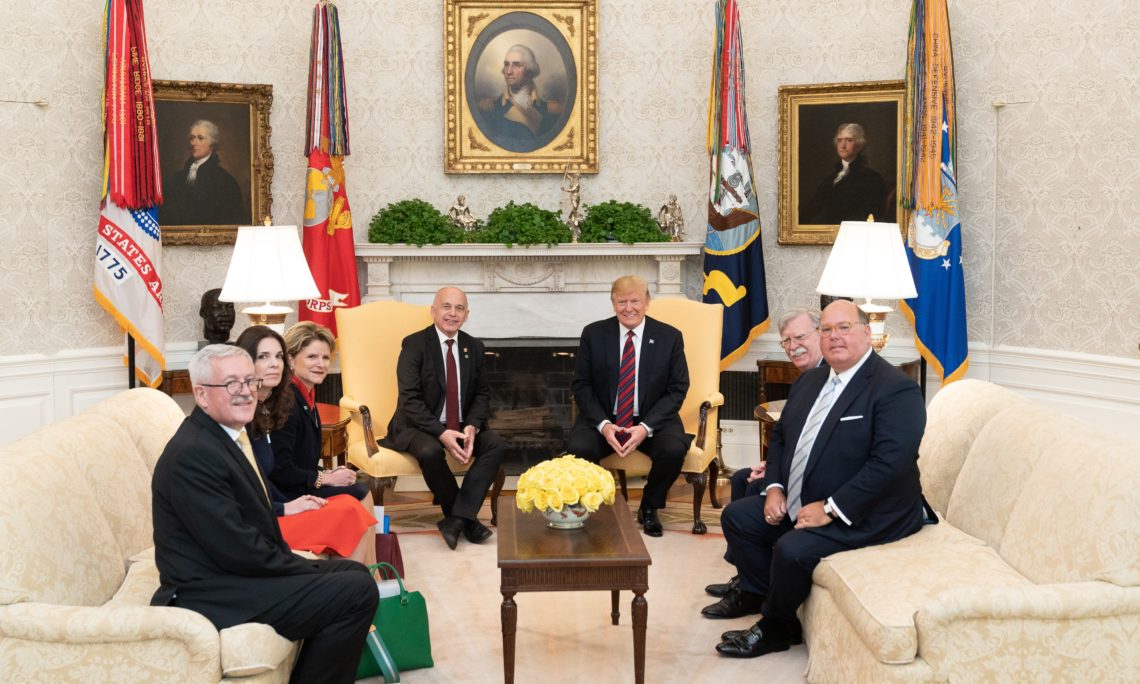 On May 16, 2019 Ambassador McMullen was part of the bilateral meeting of Swiss President Ueli Maurer and President Donald J. Trump at the White House, where they discussed the Swiss – U.S. partnership, Switzerland’s role in facilitating diplomatic relations and international issues.