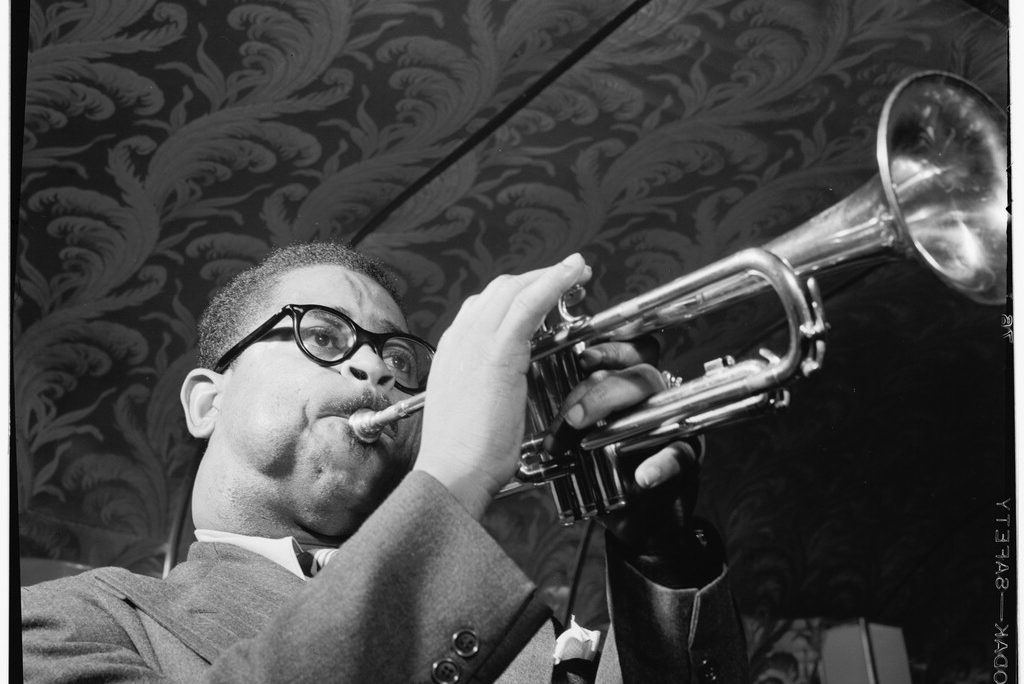 Born in Cheraw, SC, John Birks "Dizzy" Gillespie is considered by some as the greatest jazz trumpeter of all time.

February is Black History Month in the United States. It’s a time to celebrate the significant contributions African Americans have made to the U.S. and the rest of the world.

This month, Ambassador McMullen would like to highlight a few historical and cultural figures from his home state, South Carolina.

In the field of Science: Major General Charles Bolden

Charles F. Bolden Jr. was selected as an astronaut in 1980. During his 14 years as an astronaut, the South Carolina native logged more than 680 hours in space during four space shuttle missions. His missions included deployment of the Hubble Space Telescope, the first SPACELAB “mission to planet Earth” to study our atmosphere, and the first joint U.S.-Russian shuttle mission, which featured a cosmonaut as a member of his crew. In 1994, Bolden returned to operational duty in the Marine Corps, retiring as a Major General after 34 years of service. He has received many honors including the Defense Superior Service Medal and the Distinguished Flying Cross and was inducted into the U.S. Astronaut Hall of Fame in 2006. In 2009, Bolden was confirmed as the twelfth NASA Administrator, leading the space agency in its vision to reach for new heights and reveal the unknown for the benefit of humanity. Bolden retired as NASA Administrator in 2017.

In the field of Politics: Mary McLeod Bethune

Born in Mayesville, SC, on July 10, 1875, Bethune was one of 17 children born to Samuel and Patsy McLeod, former slaves. Her interest in education led her in 1904 to found the Daytona Normal and Industrial Institute for Negro Girls (now Bethune-Cookman College) in Florida, where she served as president from 1904-1942 and from 1946-47. Bethune was a leader in the black women’s club movement and served as president of the National Association of Colored Women. She was a delegate and advisor to national conferences on education, child welfare and home ownership. She also served as director of Negro Affairs in the National Youth Administration (1936-1944), was a consultant to the Secretary of War, and was appointed consultant on interracial affairs and understanding at the charter conference of the National Council of Negro Women. She was the first African-American woman to be involved in the White House, assisting four different presidents. Her picture hangs in the South Carolina State House and there is a statue erected to her in Washington, DC.

Born January 12, 1944, in Beaufort, South Carolina, Joe Frazier was the world heavyweight-boxing champion from February 16, 1970, until January 22, 1973, when boxing great George Foreman beat him. Frazier is perhaps best remembered for his grueling 14-round match against Muhammad Ali in the Philippines, known as the Thrilla in Manila, which Ali won by TKO.

In the field of Entertainment: John Birks “Dizzy” Gillespie

Born October 21, 1917 in Cheraw, SC, John Birks “Dizzy” Gillespie is considered by some as the greatest jazz trumpeter of all time. The youngest of nine children, Gillespie taught himself to play the trombone and then switched to trumpet when he was 12. He grew up in poverty and won a scholarship to Laurinburg Institute in North Carolina, but dropped out to find work as a musician. Gillespie was one of the key founders of Afro-Cuban (or Latin) jazz and was a superb “scat” singer. During a career that spanned over five decades, Gillespie performed with the giants of the jazz era – Ella Fitzgerald, Duke Ellington, Charlie Parker, Cab Calloway, Billy Eckstine, Sarah Vaughn and Coleman Hawkins among them. He also contributed arrangements to such bands as Jimmy Dorsey and Woody Herman. Among his many awards, Gillespie was honored with a Grammy in 1975 for Best Jazz Performance.