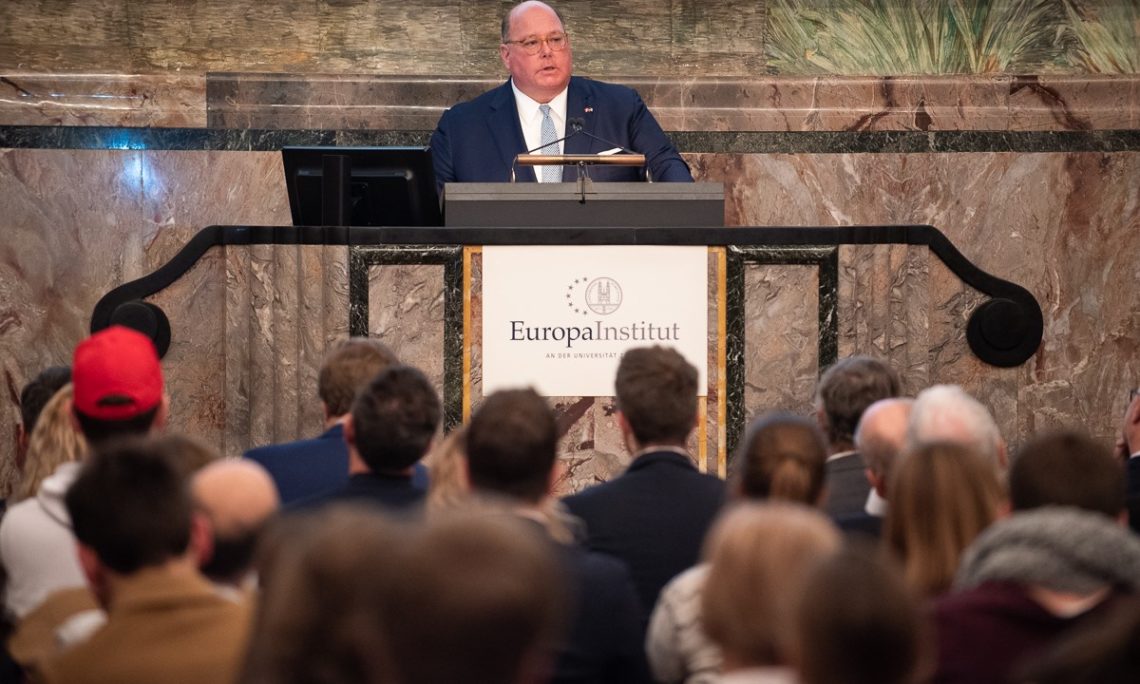 After the meeting, the Ambassador gave a keynote address at the Europa Institute in the room where Winston Churchill historically once spoke in 1945. The speech was preceded by a short apero with invited guests and the University’s Executive Board.  Prof. Dr. Kellerhals, Director of the Europa Institute, warmly welcomed the Ambassador before the speech focusing on economic relations.

In his keynote speech,  Ambassador McMullen addressed U.S. pro-growth policies’ domestic, international, and bilateral impact, as well as Swiss-U.S. economic ties. Ambassador McMullen praised the excellent economic and political relationship between our two countries – a relationship built on trust and mutual respect. He furthermore stressed the importance of free, fair and reciprocal international trade both for the U.S. and for its partner countries. The entire speech is available as a video stream or as a transcript.

The evening concluded with a dinner for invited guests, allowing them to continue discussing the topics addressed in the Ambassador’s remarks.  We would like to thank University of Zurich President Prof. Dr. Michael Hengartner and Europa Institute Director Prof. Dr. Andreas Kellerhals for their warm welcome and invitation!