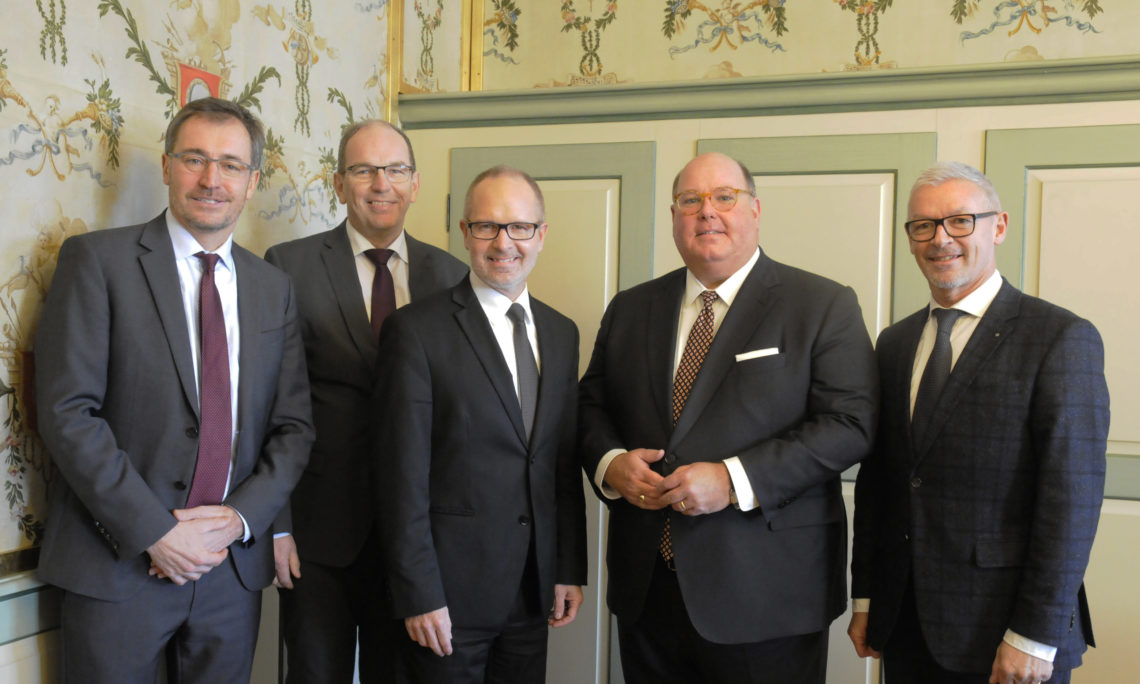 U.S. Ambassador Ed McMullen visited St. Gallen last Friday the 8th of February to meet with members of the cantonal government, leading academics at the renowned University of St. Gallen and executives of the SFS Group, a Swiss mechanical fastening and precision tool company with a presence in the U.S. market.

At the University of St. Gallen, the Ambassador, Professor Reto Föllmi and his colleagues  discussed issues surrounding international trade and the University’s collaboration with partners in the United States. Following a campus tour, Ambassador McMullen visited the UNESCO World Heritage Abbey Library (Switzerland’s oldest library and one of the world’s oldest convent libraries). Ambassador McMullen left his mark by signing the registry.

Exchange with Local Government and Business Leaders
Ambassador McMullen further had a meeting with cantonal government officials Stefan Kölliker (President and Head of the Education Department), Martin Klöti (Head of the Department of Home Affairs), Dr. Bruno Damann (Head of the Department of Economic Affairs), Roland Rino Büchel (SVP National Councilor), and Sarah Hauser (Coordinator of Foreign Relations). The discussion focused on economic and scientific topics as well as Swiss-U.S. relations. More details about the meeting can be found in the St. Gallen government’s news release here.

The Ambassador finished his day by visiting the SFS Group, where he was welcomed by Jens Breu (CEO), Rolf Frei (CFO) und Claude Stadler (Head of Corporate Services). He was impressed to learn about SFS’ footprint in the U.S ., and its engagement fostering apprenticeships at its U.S. location in Ohio.