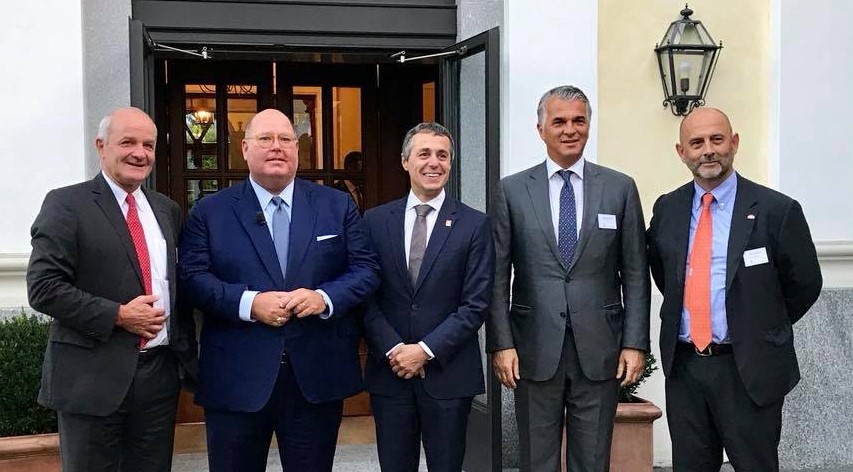 Ambassador McMullen with the leaders of the Swiss-American Chamber of Commerce and the guest of honor, Federal Councilor Ignazio Cassis, in Lugano.

Ambassador McMullen also gave remarks at the Swiss-American Chamber of Commerce annual dinner, hosted by the American School in Switzerland TASIS, where he had the pleasure of meeting with the guest of honor, Federal Councilor Ignazio Cassis.

The Ambassador also visited Franklin University as a part of his trip to Lugano.  There, he was warmly received by University President Greg Warden and Chairman of the Board of Trustees Kim Hildebrant.  He had the opportunity to discuss foreign policy with a group of university students studying subjects ranging from human rights to environmental policy to international relations.  The Ambassador was quite impressed with the level at which the students engaged and enjoyed the stimulating discussion.