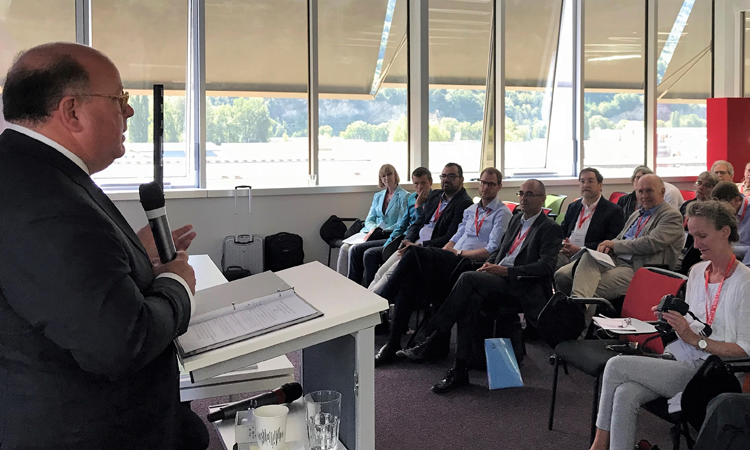 Ambassador Edward McMullen, Jr. delivered closing remarks at the 5th annual Swiss-U.S. Energy Innovation Days (SUEID) on August 22 in Sion. He highlighted the fact that both Switzerland and the U.S. are conducting innovative energy research, which presents an opportunity to deepen U.S.-Swiss cooperation on solving 21st century energy challenges. Previous conferences were hosted in the United States and Zurich. This year, participants from both sides of the Atlantic visited various cities in the French-speaking part of Switzerland to learn about energy projects.

To round off a sunny day in Sion, the Ambassador visited Air Glaciers, a Valais aviation company. He met the Founder and President of the company, and was able to have a look at the helicopters with which Air Glaciers conducts transport and scenic flights, as well as rescue missions in the Swiss mountains.