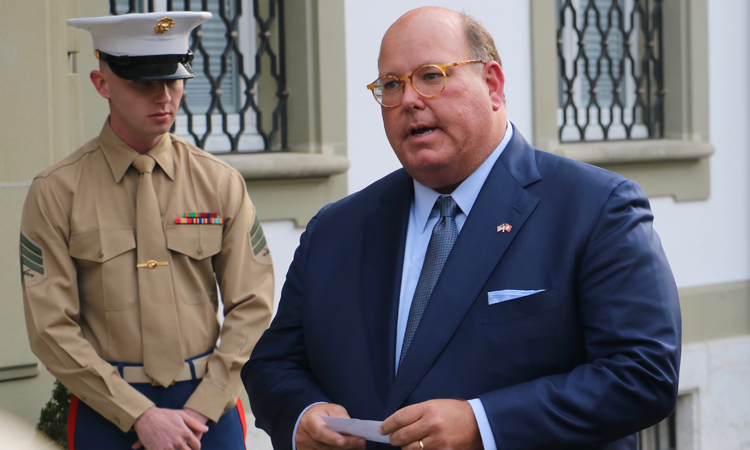 U.S. Ambassador to Switzerland and Liechtenstein, Edward T. McMullen, Jr., presented his Letters of Credence in Bern on Tuesday, November 21.

Edward T. McMullen, Jr. was appointed by President Donald Trump and approved by the United States Senate as U.S. Ambassador to Switzerland and Liechtenstein.  On Tuesday, November 21, Edward McMullen presented his Letters of Credence to the President of the Swiss Confederation, Doris Leuthard.  After the credentialing ceremony, the Ambassador traveled to his official residence, where he delivered brief remarks to press.   Ambassador McMullen will return to the United States this week to celebrate Thanksgiving and finalize his transition to Switzerland, and will be resident in Bern in mid-December.