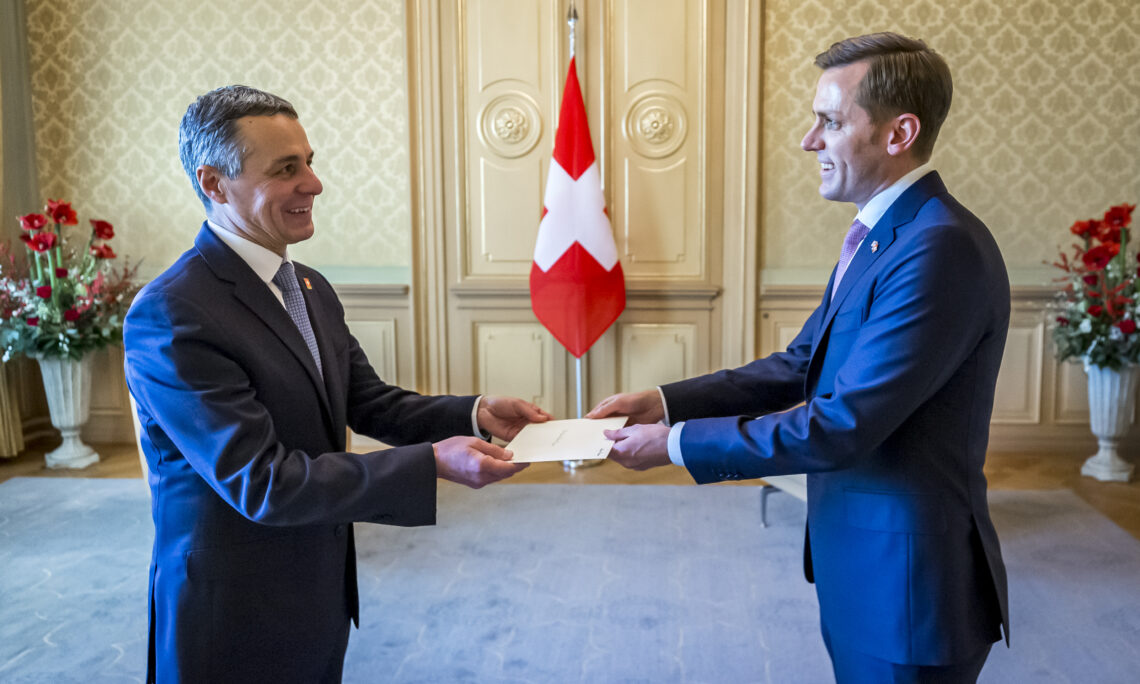 Letter of Credence in Berne, Switzerland, 11th of January 2022, by Federal Department of Foreign Affairs FDFA

On Tuesday, January 11, Scott Miller presented his Letters of Credence to the President of the Swiss Confederation, Ignazio Cassis.  President Cassis accepted the Letters and welcomed Ambassador Miller as the new U.S. Ambassador to Switzerland.  Ambassador Miller was nominated by President Joseph R. Biden, Jr. on August 6 and confirmed by the U.S. Senate on December 18, 2021.