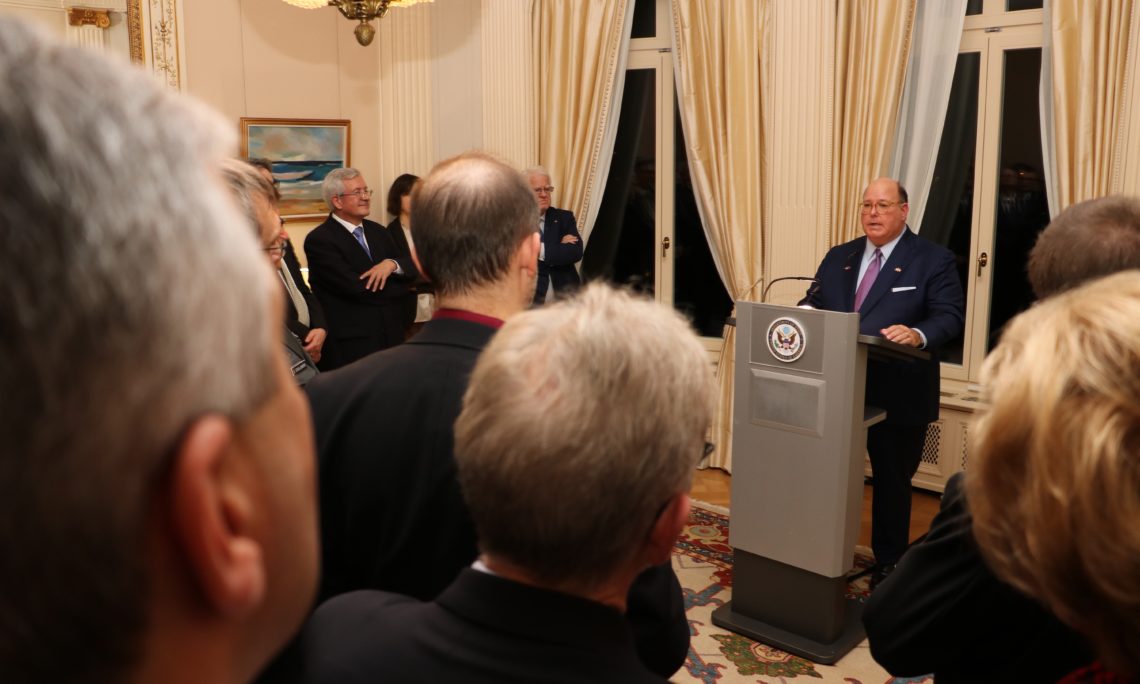 On Wednesday, January 10, more than one hundred twenty people turned out to welcome Ambassador Edward McMullen and his wife Margaret Ann to Switzerland. Ambassador and Mrs. McMullen hosted a reception at their residence for government officials, business representatives, and a variety of people from universities and cultural institutions. In his remarks, Ambassador McMullen praised Switzerland for its open-mindedness and willingness to dialogue. He looks forward to connecting with the Swiss business community and to discussing the U.S. administration’s foreign policy priorities with diverse audiences. He stressed that the Swiss American relationship is strong and prosperous, underlining the point that “America First” does not mean “America Alone.”