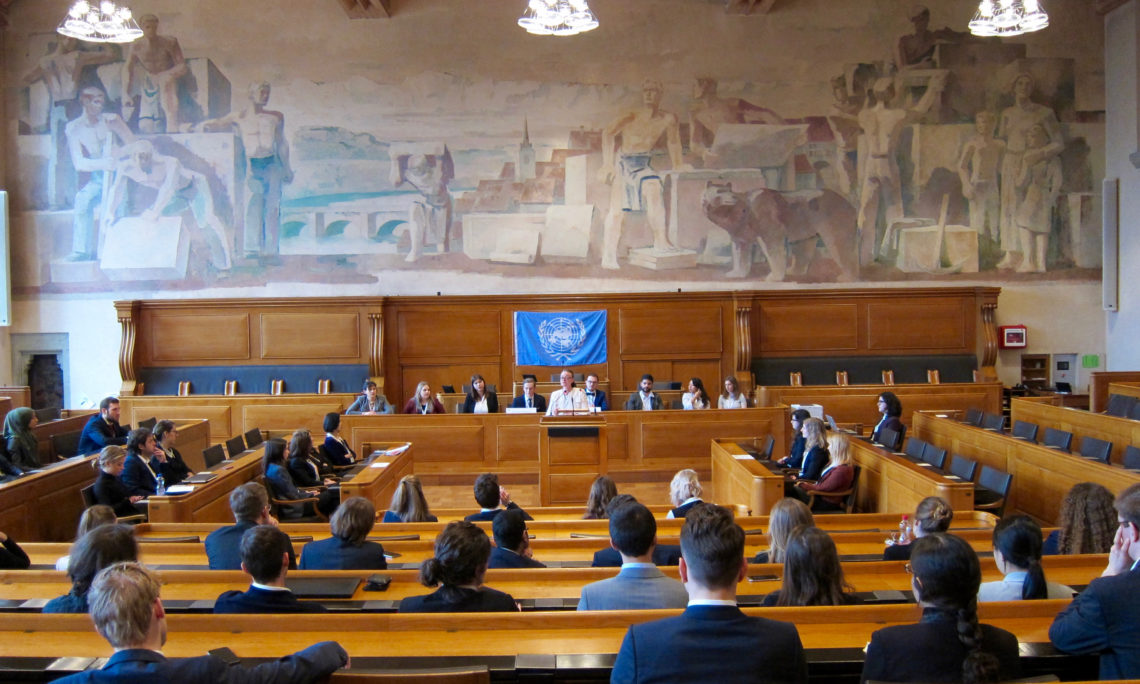 As the first speaker at the opening ceremony of the Model United Nations Conference on February 17, 2017 in the Bern City Hall, Chargé d’Affaires Tara Feret Erath talked about the Swiss-U.S. relationship, the work of the U.S. Embassy Bern, and her career as a diplomat. The University of Bern hosted the conference which included roughly 100 students from universities across Switzerland.

Chargé d’Affaires Erath highlighted the many areas in which Switzerland and the U.S. work together, such as trade and investment relations, apprenticeships, countering violent extremism, and Switzerland’s role as the United States’ protecting power in Iran. She further talked about U.S. Embassy’s diverse mission: from visa adjudication and American citizen services, to government-to-government relations and public affairs. Chargé d’Affaires Erath emphasized the hard work that lay ahead for the conference participants in their debates over today’s most pressing issues. She noted that their persistence in continuing dialogue was not only the hallmark of diplomacy but the path to finding solutions.

The students were especially eager to learn more about daily life as a diplomat. They wanted to know what is it like to work with the Swiss government, whether a diplomat’s job is affected when the White House administration changes, and what the key skills of a diplomat are.  Listening is as important as talking, Chargé d’Affaires Erath said. She underlined that when engaging and negotiating with people throughout the world, a clear grasp of one’s own interests combined with a clear understanding of others’ goals is essential.