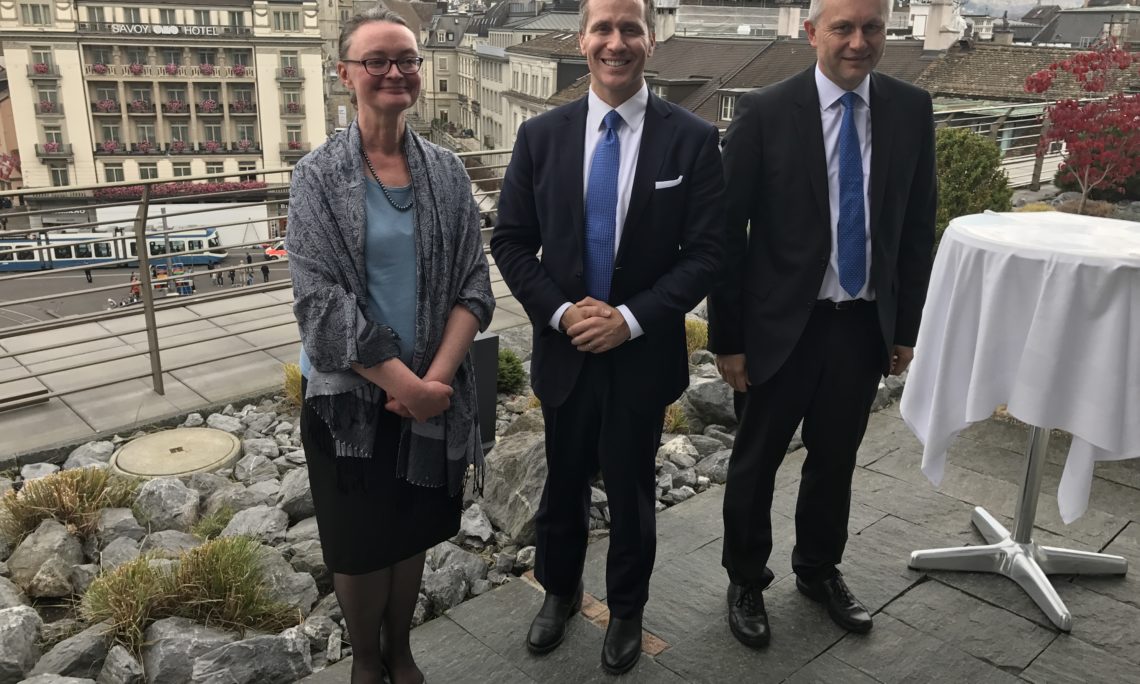 On October 20, 2017, Chargé d’Affaires Tara Feret Erath welcomed Missouri Governor Eric Greitens at a roundtable discussion hosted by UBS in Zürich. The emphasis of the roundtable with key industry stakeholders from the financial and insurance industries centered on the banking and insurance industries in Switzerland and Missouri. Governor Greitens’ delegation visited Switzerland as part of an investment mission to meet with business executives and workforce development leaders to promote investment and job growth. In addition, they sought to strengthen educational and cultural ties between Missouri and Switzerland. Governor Greitens chose Switzerland because Missouri maintains very strong economic ties with Switzerland. A sizable number of Swiss companies have a robust footprint in Missouri.