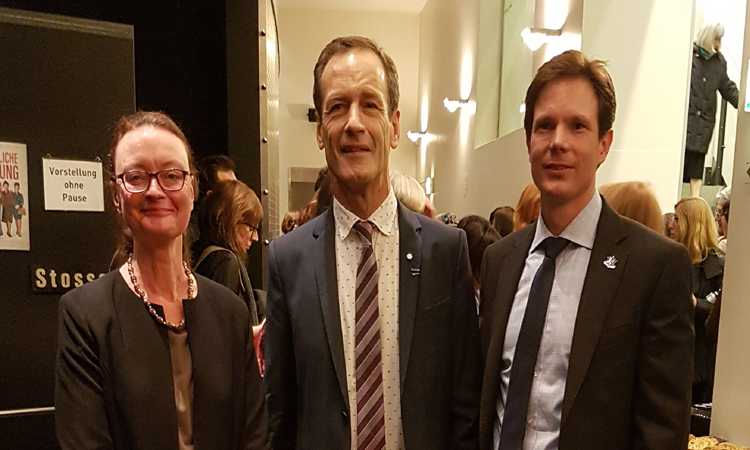 On March 21, as part of the “2017 Week of Francophonie” celebrations, the U.S. Embassy and the Embassy of Canada hosted a screening of the film, “Zachary Richard, Cajun Heart,” in Bern. The movie shows the history of the Acadian people, their expulsion from Canada in the 18th century and the migration of many of them to Louisiana, where their descendants – the Cajuns —  live today as a community proud of their heritage, culture and language. U.S. Embassy Chargé d’Affaires Tara Feret Erath thanked the Canadian Embassy for this unique collaboration and highlighted the importance of the French heritage in Louisiana. The lively question and answer session with the film’s director, Phil Comeau, included a discussion on the importance of preserving and respecting the cultural heritage of minority populations, with one audience member noting that the film reminded him of his own experience as a Romansch speaker in Switzerland.