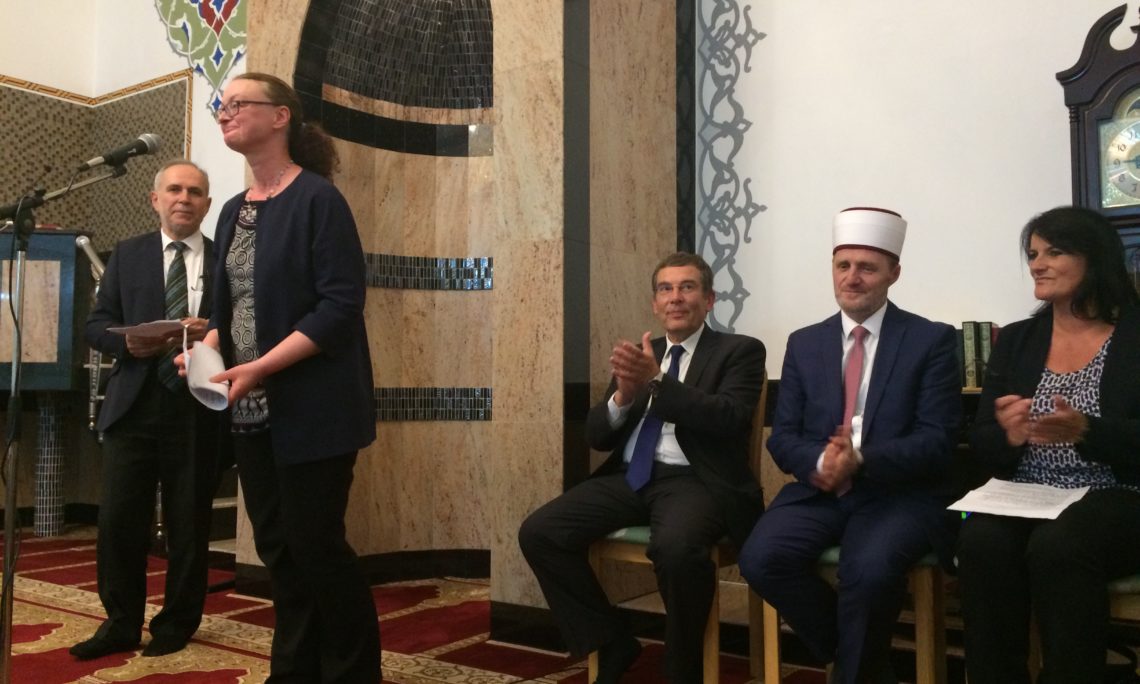 On June 11, Chargé d’Affaires Tara Feret Erath attended a panel discussion and Ramadan iftar at the House of Religions in Bern. The dialogue focused on building bridges and combatting fear; the first panel included student representatives who shared their experiences with both stereotypes and acceptance, while the second panel included religious leaders who highlighted religion’s role in teaching respect for all.

Afterwards, attendees of all faiths moved to the mosque for the evening prayer. Imam Mustafa Mehmeti of the Muslim Association of Bern invited religious leaders and diplomatic representatives, including Chargé Erath, to share brief remarks before the breaking of the fast. Erath congratulated the House of Religion for its dedication to furthering mutual respect, tolerance, and collaboration. She also shared Secretary Tillerson’s statement that Ramadan “reminds us all of the common values of harmony and empathy we hold dear.” The evening concluded outside the House of Religions where more than 200 guests shared the community iftar.