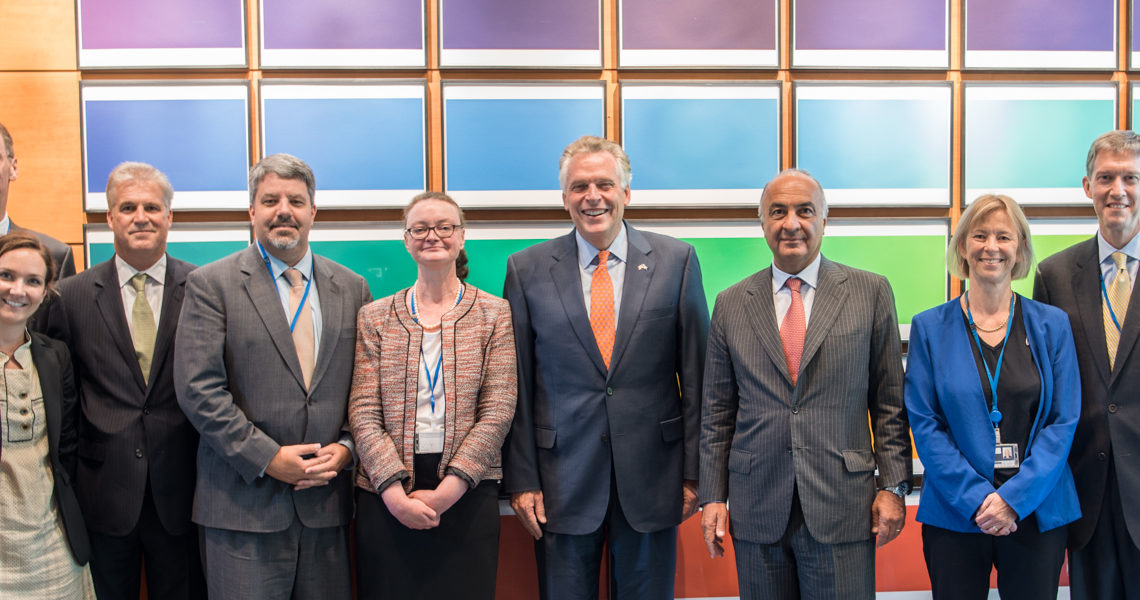 As part of Virginia Governor Terry McAuliffe’s tour through Europe, he visited SICPA’s headquarters in Lausanne yesterday, meeting with CEO Philippe Amon, Chargé d’Affaires Tara Feret Erath, together with Virginia Secretary of Commerce and Trade Todd Haymore. SICPA is the leading global provider of security inks and integrated security solutions for bank notes and value documents, and maintains a strong presence in Springfield, Virginia. CEO Amon and his team discussed SICPA’s commitment to introducing a vocational education program at the Springfield site.

This is Governor McAuliffe’s 28th trade and marketing mission, focused on bringing jobs and investment to Virginia and the United States. Switzerland is the third largest destination for Virginia agriculture and forestry products, ranking  15th among total Virginia export destinations and 13th in international investment and employment.