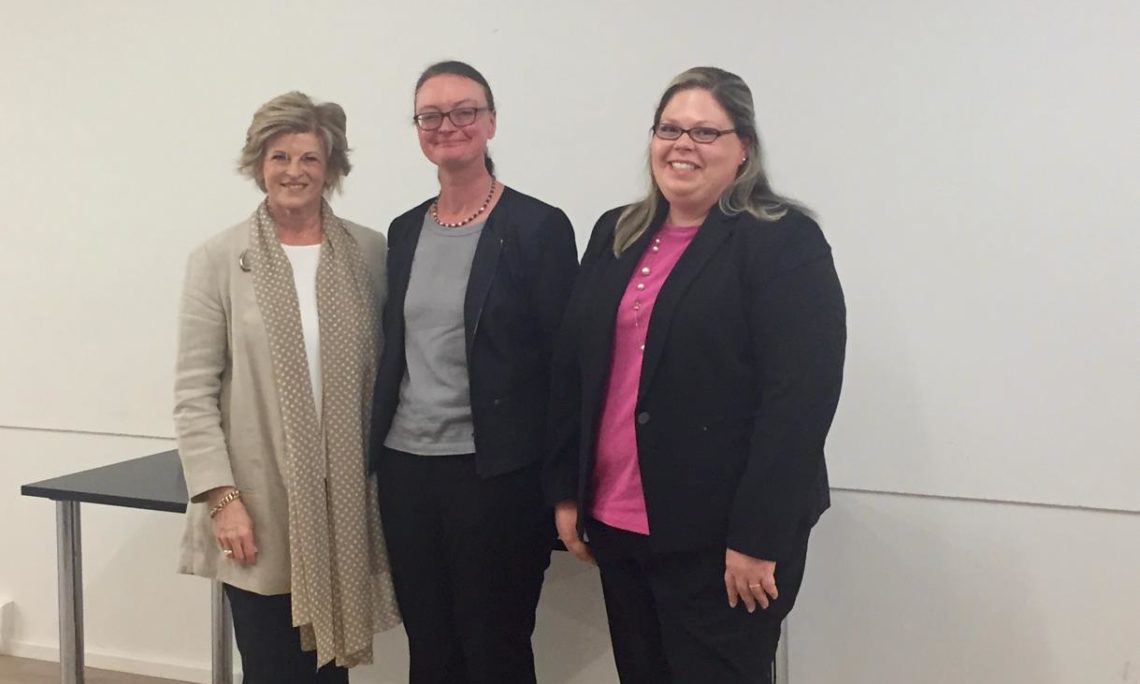 On June 9, Chargé d’Affaires Tara Feret Erath and Consul General Brianna Powers visited the American Women’s Club of Zurich where they discussed key embassy initiatives like investment and education. In her presentation, Erath focused on the strong relationship between the United States and Switzerland, highlighting shared values and common goals. She highlighted the Embassy’s strong commitment to our American citizens’ safety and security and noted the strong contribution our Americans in Switzerland make to our mutual prosperity.  She also noted the great progress that has been made on developing apprenticeship programs in the U.S. with help from Switzerland. After her presentation, they opened the floor to questions and a lively discussion ensued.

Are you interested in learning more about services available to Americans at the Embassy? Check out our American Citizen Services web page for more info.