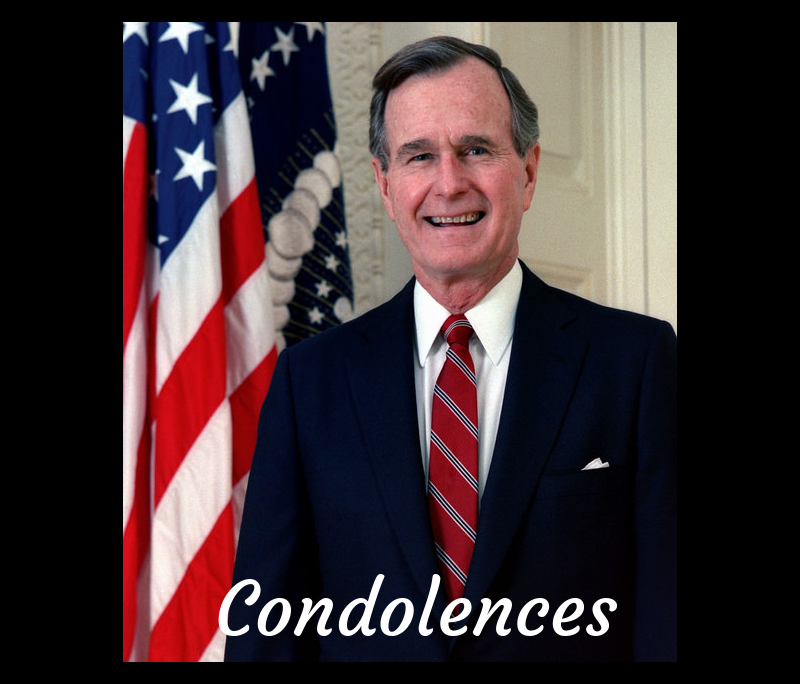 As the nation mourns the loss of President George H.W. Bush, President Trump has taken official action to allow Federal employees to join their fellow citizens in remembering our 41st President of the United States.  The U.S. State Department and all annexes, both domestically and overseas, as well as U.S. Embassy Bern will be closed for normal business on Wednesday, December 5, 2018. We will reopen as normal on Thursday December 6.
Anyone wishing to pay their respects to the President can leave a comment on Facebook, which will serve as a virtual condolence book.

George Herbert Walker Bush, the 41st President of the United States, passed away on November 30, 2018.

President George H.W. Bush served as a Congressman from Texas, U.S. Ambassador to the United Nations, Chief of the U.S. Liaison Office in China, Director of Central Intelligence, Vice President of eight years to President Ronald Reagan, and President of the United States.

The Presidential Proclamation signed by President Donald J. Trump described President Bush as “one of America’s greatest points of light,” an allusion to President Bush’s exhortation to Americans to pursue volunteerism and community service and to shine like “a thousand points of light.”  President Bush, the proclamation stated, “personified two of our Nation’s greatest virtues: an entrepreneurial spirit and a commitment to public service,” and the United States would “greatly miss his inspiring example.”

Secretary of State Michael Pompeo in a Department of State press release honored President George H.W. Bush as a “devoted husband, loving father, steadfast friend, exemplary patriot,” “one of America’s most consequential and dedicated public servants” and, in his private life, “a devoted family man who exuded kindness and respect to everyone he met.”