Home Página Inicial | News & Events | Colonel Juanita Chang to Talk About the Importance of Social Media for the U.S. Army 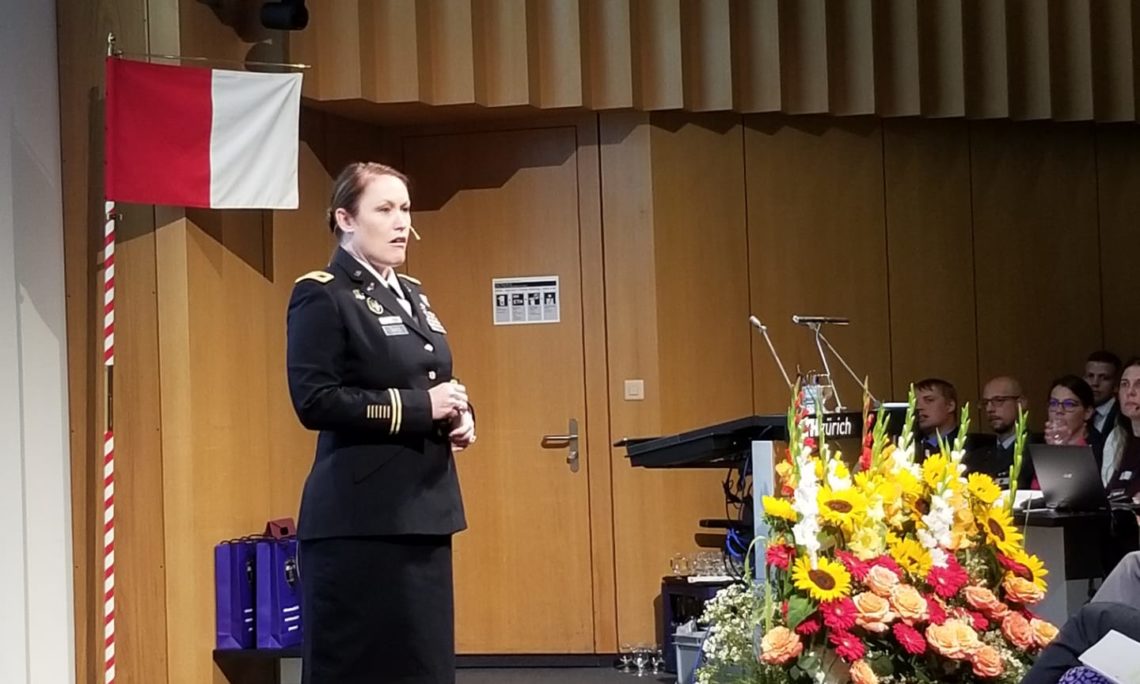 With support of the U.S. Embassy, Colonel Juanita Chang was one of the keynote speakers at the annual Colonel Juanita Chang on Saturday, 7 September. This year the theme was “Transparency; Opportunity or Risk?” Colonel Chang talked about the use of social media by the U.S. Army and its soldiers and shared her thoughts about the  necessity, possibilities and risks of this use. The talk was aimed to set an example of how national armies could and/or should make use of social media to get their messages across. After the talk, Colonel Chang participated in a panel discussion, where the role of social media in the Swiss army was also discussed in further depth.