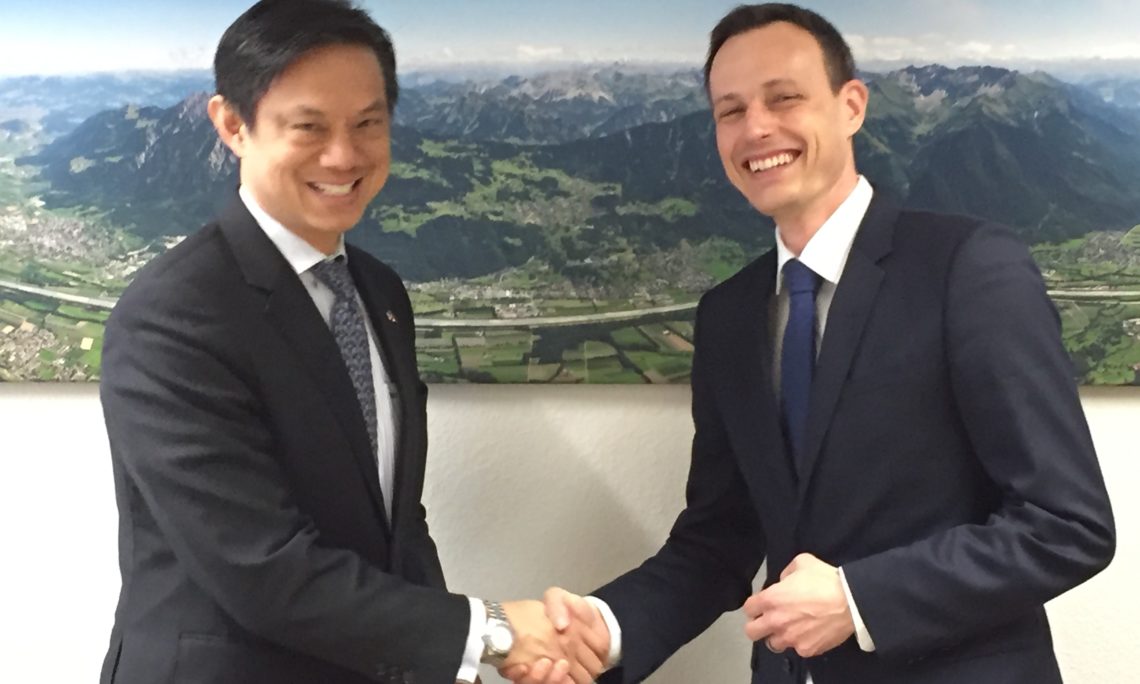 Deputy Assistant Secretary for European and Eurasian Affairs Hoyt Yee visited Liechtenstein on March 9th, 2017. Joined by Chargé d’Affaires Tara Feret Erath and Political Officer Desiree Baron, Yee met with Foreign Minister Aurelia Frick and Ambassador Martin Frick, the Director of the Office of Foreign Affairs. Director Wilfred Marxer welcomed Yee to the Liechtenstein Institute, a scientific research center and academic institution in Bendern, Liechtenstein, to discuss the history of Liechtenstein and current Liechtenstein society, politics, and economy. The day concluded with a visit to the Chamber of Commerce and Industry, where Director Joseph Beck described the business landscape and bilateral trade and investment.

Hoyt Yee is a career member of the United States Senior Foreign Service, currently assigned to Washington, D.C. with responsibility for U.S. relations with the countries of Central Europe and South Central Europe.  His stops in Liechtenstein and in Switzerland were part of a multi-country tour where he met with government counterparts and non-governmental interlocutors to further mutual foreign policy goals.