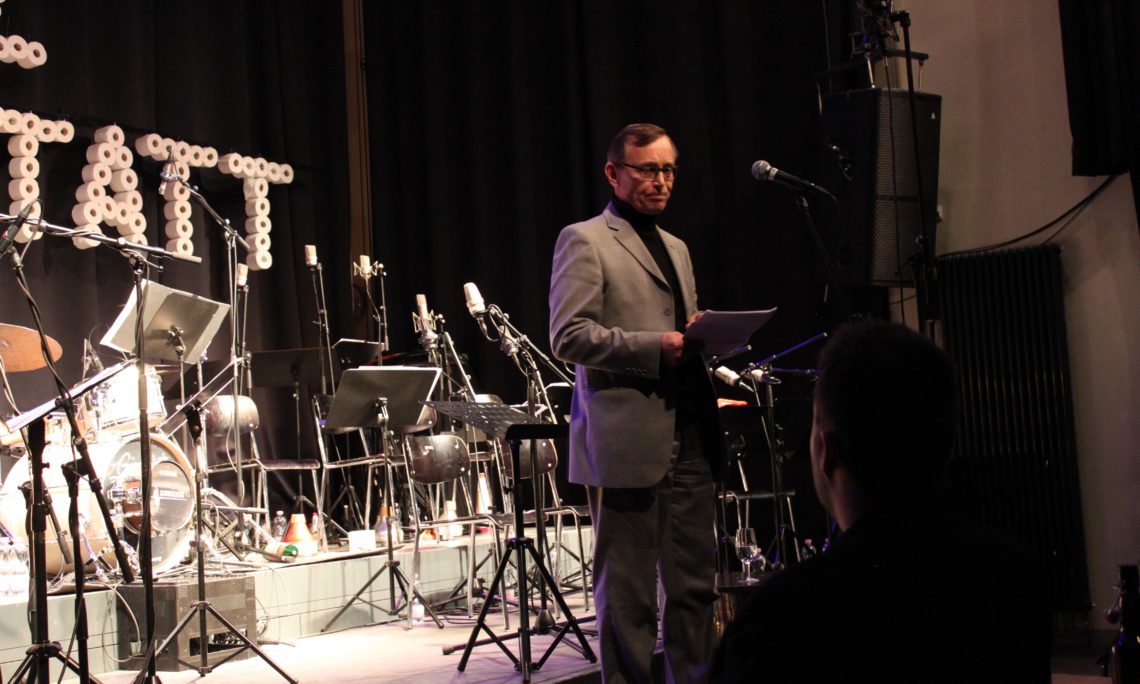 On February 26, 2015, Deputy Chief of Mission Jeffrey Cellars addressed the audience of the Jazzwerkstatt Bern before a concert of the HKB Large Ensemble.

In his remarks, he pointed out the international importance jazz has gained since its emergence at the beginning of the 20th century: “Like no other music genre, Jazz has traveled around the world and has assimilated and been changed by other cultures and musical styles,” Cellars said. “Jazz is an open-ended, changing music form that encourages a playfulness that can be intuitively understood by musicians and listeners. It has become a language bridging different cultures reaching around the globe.”

The Jazzwerkstatt Bern, supported partially with a grant from U.S. Embassy Bern, was founded in 2006 and, every year, brings Jazz musicians from all around the world to Bern. The festival puts strong focus on interaction, innovation and experimentation and is known for its unconventional approaches to Jazz music. After the Deputy Chief of Mission’s remarks, the HKB Large Ensemble, which consists of current and former students of the Bernese Art School HKB, performed pieces by Swiss composer Michael Wertmüller.