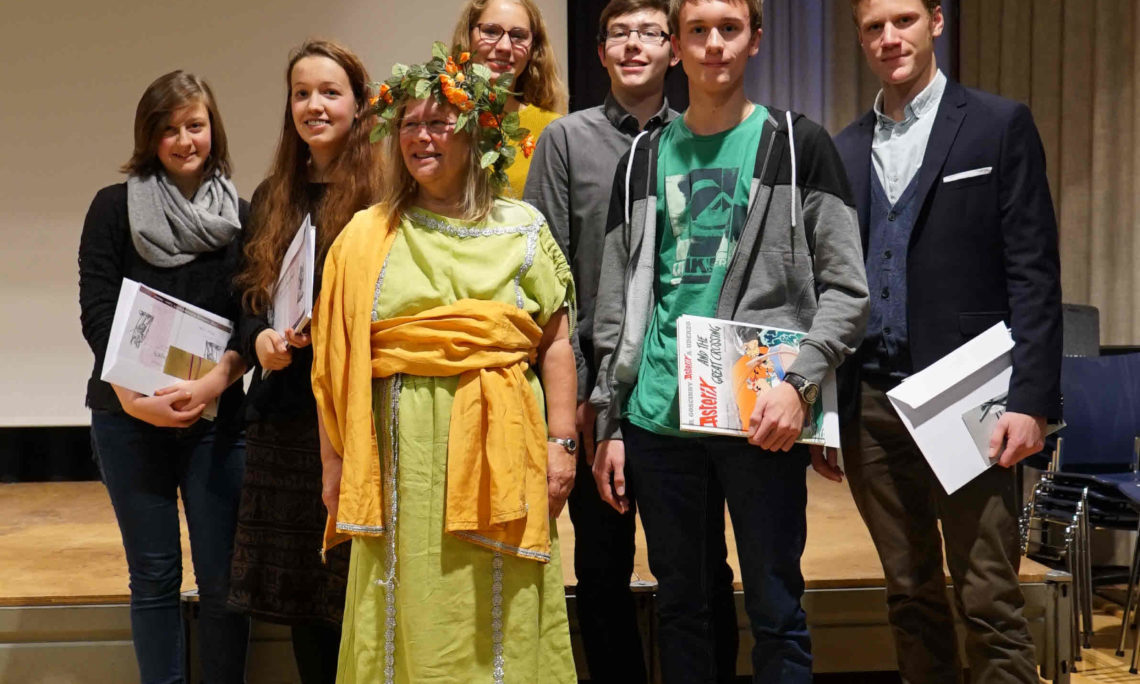 On November 27, 2015, Deputy Chief in Mission Jeffrey R. Cellars addressed Swiss students who participated in the Latin translation contest «Certamen Translatorium». The contest takes place every year during Latin a cultural month organized by the Society IXber St. Gallen. The program theme for this year was Latin-America — not the geographic Latin America, but Latin as the European “mother tongue” and its influence on the “New World.” For the contest, the students had to translate a Latin text which never had been translated before into German. A classical scholar by training, DCM Cellars, started his speech by showing a clip of the U.S. film Tombstone, where the actors switch from English to Latin, and cited other examples of the classical influence in the U.S., such as the architecture of the Capitol.