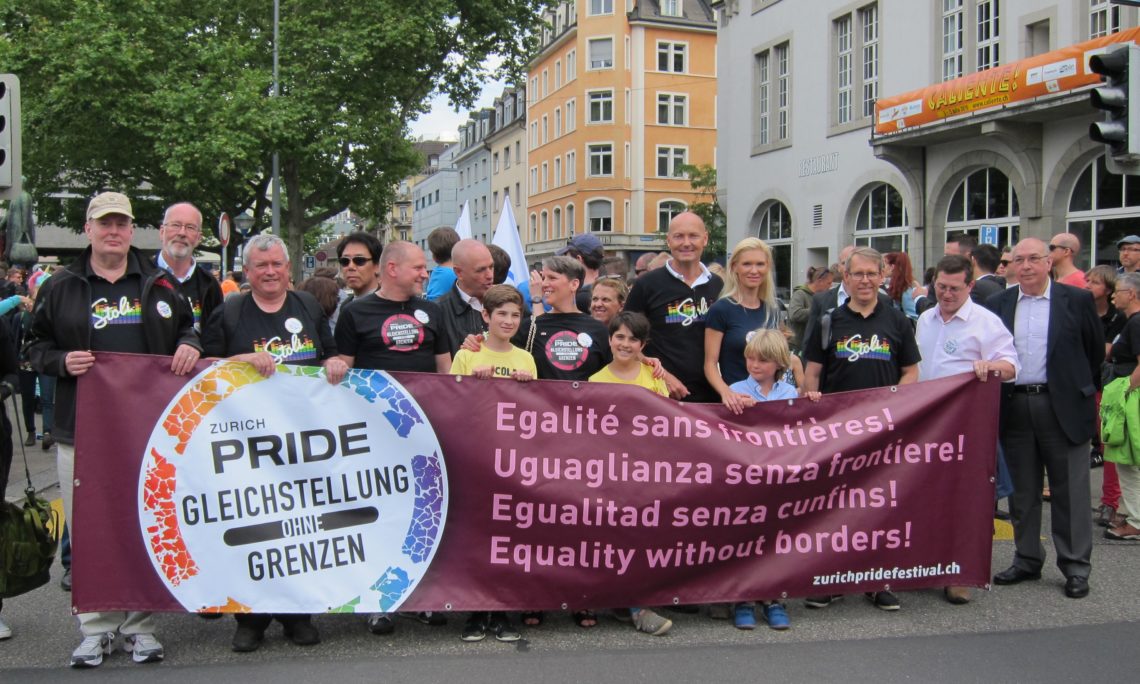 On Saturday, June 20, Ambassador LeVine and her family, along with a delegation of Ambassadors and diplomats posted in Switzerland joined the Zurich Pride march in support of LGBT rights. Ambassadors and members of the diplomatic corps from Bosnia-Herzegovina, Canada, the E.U., Finland, Israel, Norway, Spain, Sweden, the U.K., the U.S. and a representative of the Swiss Federal Department of Foreign Affairs marched at the front of the parade on Saturday, promoting the 2015 theme “Equality without Borders.”  Addressing the crowd prior to the march, Ambassador LeVine emphasized that LGBT rights are human rights and “none us is free until all of us are free.”  Read Ambassador LeVine’s remarks here.