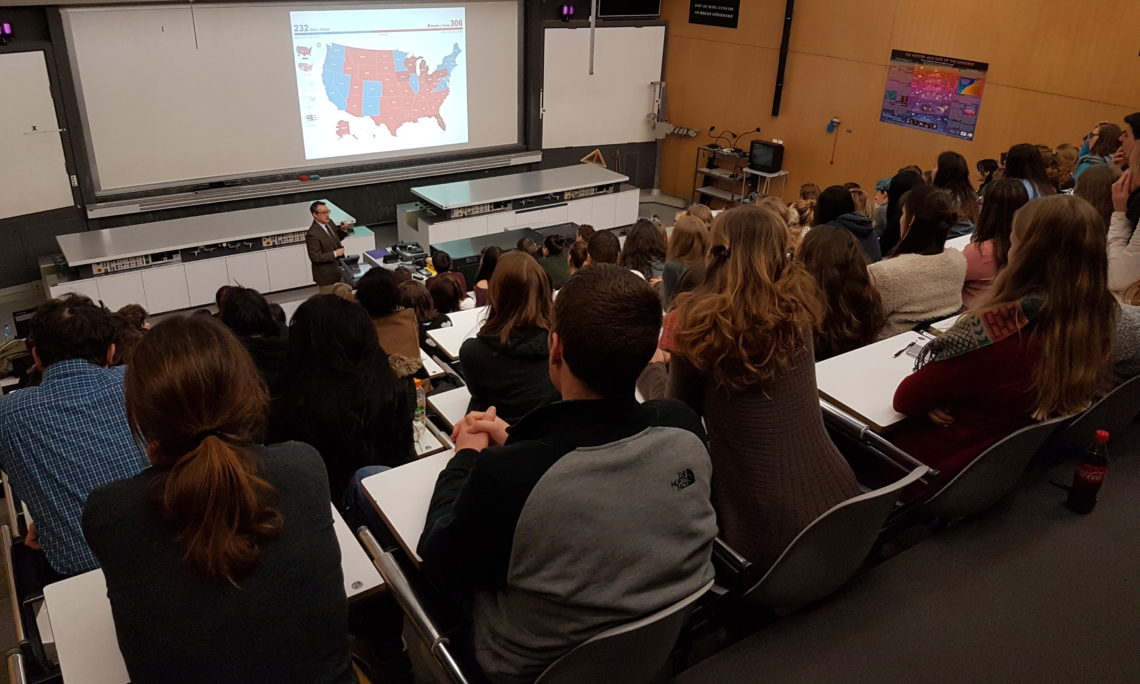 Prof. Dr. Paul Freedman as guest speaker at the Gymnasium/FMS Neufeld in Bern

The U.S. Embassy in Bern is pleased to have sponsored Dr. Paul Freedman, associate professor of political science from the University of Virginia, on a speaking tour of Switzerland during the first week of March. A specialist in public opinion, media and politics, and voting behavior, Dr. Freedman gave a total of nine talks on the voting patterns, campaign strategies, political TV advertising, and other factors that led to President Trump’s victory. Dr. Freedman spoke with a variety of audiences – from students to Swiss federal government officials, to journalists – at events across Switzerland conducted in partnership with Foraus Geneva & Zurich, the Swiss Press Club, the Global Studies Institute, the University of Bern, Gymnasium and FMS Neufeld, the Swiss Ministry of Foreign Affairs and the Center of Security Studies.