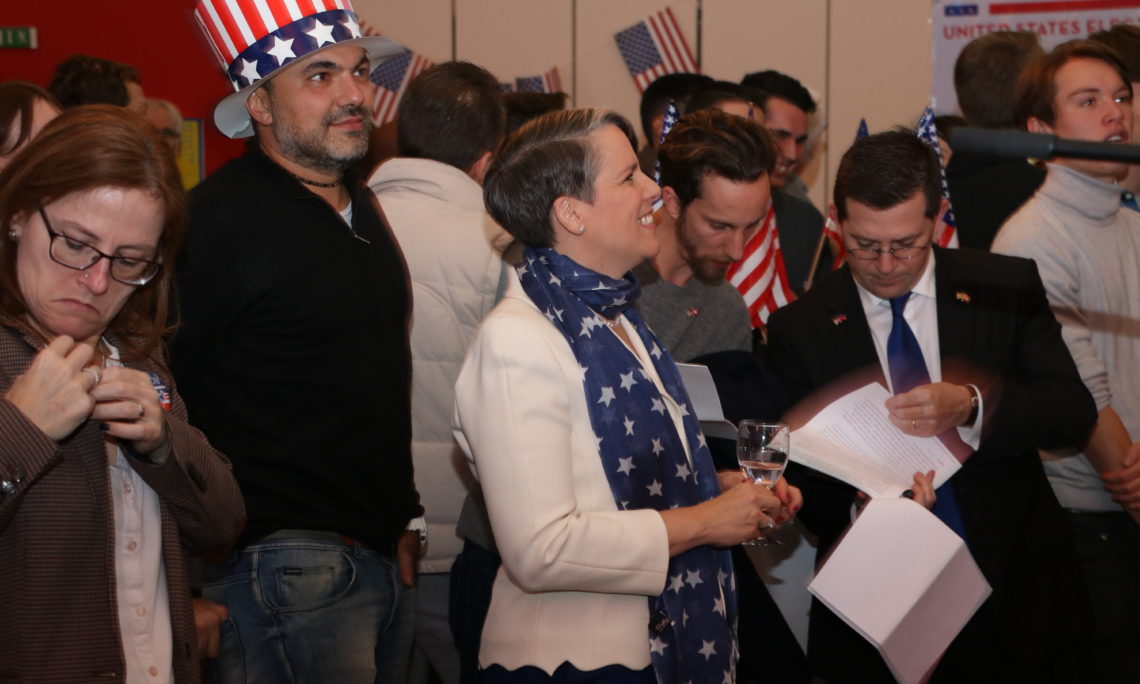 U.S. Embassy Bern hosted an all-night election watching party starting midnight on November 9. Democracy enthusiasts, friends of the United States, students and journalists came to the event which was open to the general public. The evening celebrated not only the American presidential election but also cultural exchange: two Swiss bands entertained guests with bluegrass and, later, jazz. In between media announcements of election results, guests enjoyed buffets of American food and a trivia game that tested participants’ knowledge of the American political system.

Guests came from all walks of life and political persuasions. In her remarks at the event’s close, Ambassador LeVine stressed the importance of voting: “If you don’t vote, you can’t complain.” She urged the guests to exercise their civic duty and participate to the fullest extent in their democracies.