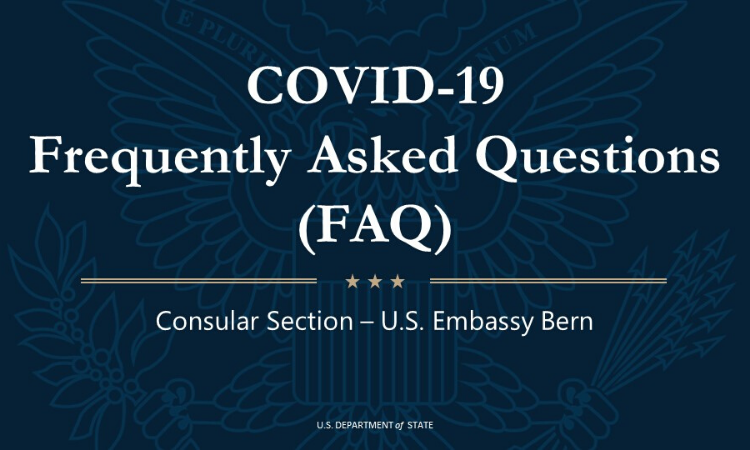 For all Alerts and Messages from the U.S. Embassy Bern, please click here

Travel to the United States

Is a negative COVID-19 test required? 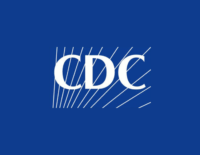 YES. CDC requires all air passengers age 2 and older traveling to the United States to get tested no more than 1 day before their flight departs and to provide proof of the negative result to the airline before boarding the flight. Air passengers who have had a positive viral test for COVID-19 in the past 3 months, and have met the criteria to end isolation, may travel instead with documentation of their positive viral test results and a letter from their healthcare provider or a public health official that states they have been cleared for travel. The positive test result and letter together are referred to as “documentation of recovery.” For more information on this testing requirement, please visit the Frequently Asked Questions.

What type of COVID-19 test is required to travel to the United States?

You will need a viral test (NAAT/PCR or antigen test) and receive a negative result within one day prior to travel to the United States.

Where can I get tested in Switzerland? 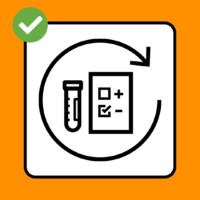 Can I travel to the United States on my expired U.S. passport?

If you are overseas and your passport expired on or after January 1, 2020, you may be able to use your expired passport to return directly to the United States until June 30, 2022

You qualify for this exception if all the following are true:

You do not qualify for this exception if:

Please be advised that currently, routine passport processing in the United States can take 10-12 weeks.  If you need a passport in less than 10-12 weeks due to international travel plans, you can pay an additional $60 fee to expedite your passport, which will shorten the processing time to 4-6 weeks.

If your U.S. passport expired on or before December 31, 2019, please see our website for information on how to renew your passport before traveling: https://ch.usembassy.gov/u-s-citizen-services/passports/

I am only transiting the United States. Do I need a COVID-19 test?

YES. Any passenger two years of age and older on a flight traveling to the United States, even for a connection, will require a negative test prior to boarding the flight.

I have been vaccinated. Do I still have to take the COVID-19 test?

YES. All passengers age 2 and older traveling to the United States have to get tested, regardless of vaccination status.

I already had COVID-19. Do I need to get tested before traveling to the United States?

You must provide proof that you had a positive viral test within the past 90 days, have no symptoms, and have a letter from your doctor or health department that states you have been cleared for travel.

Does my child have to get tested for COVID-19?

YES. All air passengers age 2 and older must provide negative test results prior to boarding.

Do the COVID-19 test results have to be in English?

Please check with your airline on the accepted language.

Is a waiver available for the testing requirements?

Waivers to the testing requirement may be granted by the CDC on an extremely limited basis when extraordinary emergency travel (like an emergency medical evacuation) must occur to preserve someone’s health and safety, and testing cannot be completed before travel. There are no waivers available for individuals who test positive for COVID-19. Individuals – or air carriers seeking to allow boarding by potentially qualifying individuals – who believe they meet the criteria for a waiver should contact the U.S. Embassy Bern and provide the information below. The U.S. Embassy will then submit the request to the CDC for consideration.

The following information must be provided by email for each passenger:

If You Are NOT Fully Vaccinated

RECOMMENDED
In addition to the recommendations above

I am a U.S. citizen and my child only has a Swiss Passport. Can my child travel on the foreign passport?

If a person is a U.S. citizen, he or she is not eligible for a visa. Any prospective applicant believing he or she may have a claim to U.S. citizenship should have his or her citizenship claim adjudicated (officially determined) by a consular officer at a U.S. Embassy or Consulate before applying for a U.S. visa.

For a formal determination of acquisition of U.S. citizenship, Form DS-2029 needs to be submitted to our office.
Step-by-step instructions are available on our website at: https://ch.usembassy.gov/u-s-citizen-services/citizenship-services/birth/

As of December 6, all air passengers, regardless of vaccination or citizenship status, must show a negative COVID-19 test taken no more than 1 day before travel to the United States. Non-immigrant, non-U.S. citizen air travelers will still be required to be fully vaccinated and to provide proof of their vaccination status.

Exemptions will be considered on an extremely limited basis.  Please contact your nearest embassy or consulate to apply for an exemption.  Please visit the CDC webpages for more information about exemptions and the requirement for proof of negative COVID-19 test or recovery from COVID-19 for all air passengers arriving in the United States.

Can I Transit Through Switzerland?

Visit the following link from the Swiss Government for information regarding transit through Switzerland:
https://www.sem.admin.ch/sem/en/home/sem/aktuell/faq-einreiseverweigerung.html#1668147653

Who can enter Switzerland? 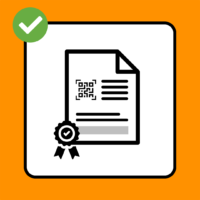 I am allowed to enter Switzerland - Do I need to self-quarantine?

Can I travel to Switzerland as a Tourist for vacation?

Please also note that the Department of State advises U.S. citizens to avoid all international travel due to the global impact of COVID-19.

Consequently, we strongly advise against making any travel arrangements until the entry restrictions have been lifted and that you follow the Department’s travel advisory to avoid international travel.

Will the COVID-19 vaccine be available for U.S. citizens abroad? 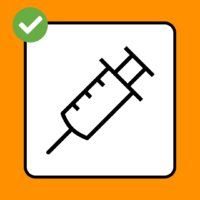 Veterans registered under the Foreign Medical Program are authorized to receive a COVID vaccine (even non-FDA approved versions) and be reimbursed. This would require they sign-up/receive a vaccine through Swiss authorities https://foph-coronavirus.ch/vaccination/when-can-i-be-vaccinated/#cantons). They should call the toll-free VA contact number (+1 877-345-8179) for more information/to confirm this individually. (source: https://www.va.gov/communitycare/programs/veterans/fmp/index.asp)

Veterans eligible to receive care from military facilities (retirees and medical retirees, for example) can contact Landstuhl Regional Medical Center to see if they are currently eligible for a vaccine (it is likely that they will have to wait until after higher tier groups become vaccinated) https://landstuhl.tricare.mil/

1. For your application, you require at least the following information:

2. The necessary documents must be in Latin script and must be submitted in German, French, Italian or English.

3. Download the COVID Certificate app free from the Apple App Store, Google Play Store or Huawei App Gallery. Your COVID certificate can also be directly delivered to the app.

4. You can request a Swiss COVID certificate if you are visiting and if you have been fully vaccinated with a vaccine that is authorized in Switzerland.
Visit the National COVID Certificate application platform to request a COVID-19 Certificate.

Please contact the Swiss Federal Office of Public Health for any questions or concerns in this regard:

Do I need a Swiss Covid Vaccination Certificate when visiting Switzerland?

Where can I find information regarding the Coronavirus Tax Relief and Economic Impact Payments (stimulus checks)?

You will find this information on the Internal Revenue Service (IRS) Website at:
https://www.irs.gov/coronavirus-tax-relief-and-economic-impact-payments

Should you have specific questions in this regard, please contact the IRS directly.
Economic Impact Payment Hotline: +1 800 919 9835

The U.S. Embassy does not cash checks. You would need to work with the local banks.
Banking resources are available on our website at: https://ch.usembassy.gov/u-s-citizen-services/local-resources-of-u-s-citizens/living-in-ch/banking-resources/

Can remains of a deceased U.S. Citizen be repatriated to the U.S. during Covid-19?

Center for Disease Control and Prevention [CDC] requirements for importing human remains depend upon if the body has been embalmed, cremated, or if the person died from a quarantinable communicable disease.

At this time, COVID-19 is a quarantinable communicable disease in the United States and the remains must meet the standards for importation found in 42 Code of Federal Regulations Part 71.55 and may be cleared, released, and authorized for entry into the United States only under the following conditions:

For more information regarding Consular Reports of Death Abroad visit our Website: Death of a U.S. Citizen 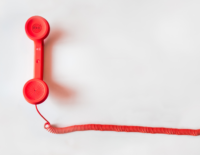 In Switzerland, call +41 58 463 00 00, 24/7
Please note: This Infoline does not provide medical advice. Due to the high volume of calls you may experience delays in getting through. 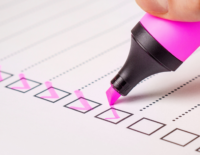 You have symptoms and you are unsure what action to take? Answer all the questions here to the best of your knowledge.
At the end of the check, you will receive recommendations on what to do.

Find a medical practitioner near you 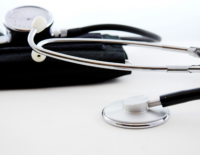 Find your nearest specialist or general practitioner quickly and free of charge: doctorfmh.ch is the official, comprehensive list of doctors in Switzerland. With more than 30,000 entries, it is updated daily.

Cantonal websites on the COVID-19 outbreak

The cantonal authorities are responsible for many matters/tasks relating to the coronavirus outbreak. Links to cantonal websites can be found at ch.ch, where you will find information on the new coronavirus along with relevant contact details.

Self-quarantine and social distancing help reduce the spread of COVID-19, but for many dealing with domestic violence, staying home may put people at risk. External factors such as financial strain and stress compound the issue, and when the community is encouraged to remain in their homes, an abuser may take advantage of an already harmful situation. If you are experiencing domestic abuse, call 117 in an emergency and visit Victim Support Switzerland

Travelers and residents are urged to enroll in the Smart Traveler Enrollment Program (STEP) to receive Alerts and make it easier to locate you in an emergency. The Department uses these Alerts to convey information about terrorist threats, security incidents, planned demonstrations, natural disasters, etc.

The listing and links on this page are provided as a point of reference and is not intended to be exhaustive. The inclusion of a specific company or organization does not constitute a recommendation and the Department of State assumes no responsibility or liability for the professional ability or reputation of, or the quality of services provided by the company or organization whose names appear on such lists.