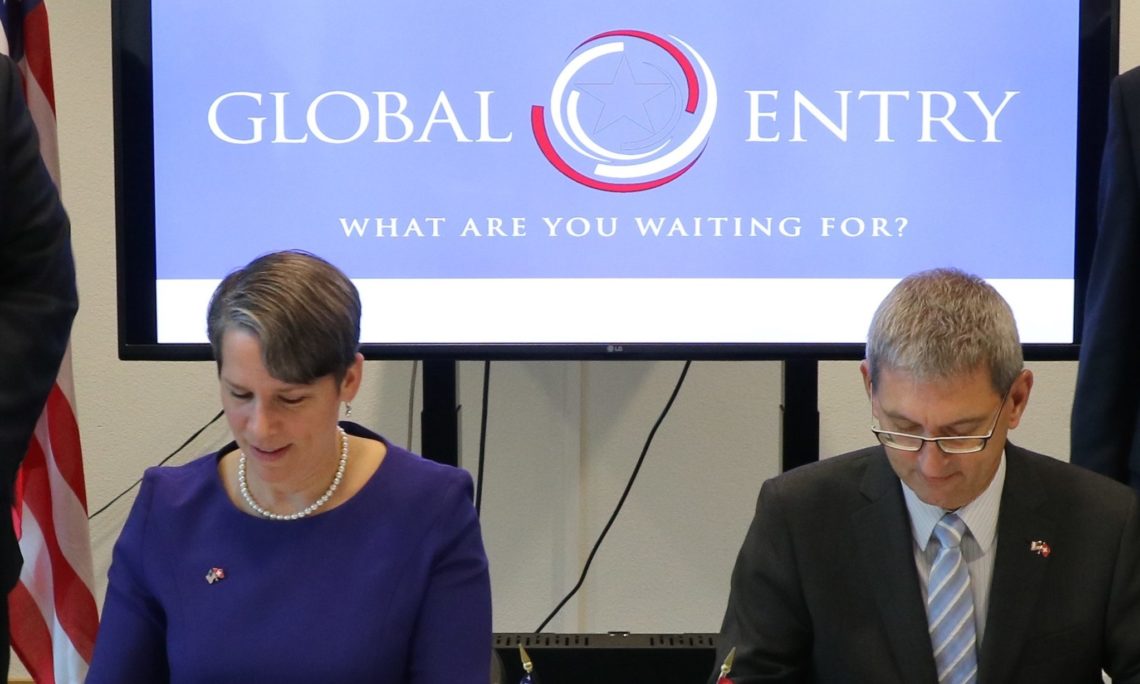 Global Entry, a U.S. Customs and Border Protection (CBP) program, is currently available at 60 U.S. ports of entry and has nearly 2.6 million members worldwide.  Expansion of the program, which allows expedited entry into the United States for pre-approved, low-risk travelers upon arrival in the U.S., is an important part of the U.S. government’s plans to enhance the Visa Waiver Program.  The agreement with Switzerland is the first expansion since the White House announced the enhancement plans on November 30, 2015.

“We are thrilled to add Switzerland to the list of countries whose nationals can access the Global Entry program, allowing trusted travelers to enter the U.S. more easily,” said Ambassador Suzan G. LeVine. “It’s a great program for frequent travelers, whether for business or pleasure – those in the program will spend less time in line at the airport upon arrival and more time getting down to business or enjoying the sights.”

Following the signing of the agreement today at the U.S. Embassy in Bern, the two countries will discuss implementation of the program in Switzerland. Once the technical details are finalized, interested Swiss passport holders will be eligible to apply. U.S. Ambassador to Switzerland Suzan G. LeVine signed on behalf of the U.S. and Ambassador Urs von Arb, Director, International Cooperation, Swiss State Secretariat for Migration, signed on behalf of Switzerland.  Patrick Ott, European Regional Attaché, Customs and Border Protection, U.S. Department of Homeland Security, and Swiss Ambassador to the U.S. Martin Dahinden also attended the signing.