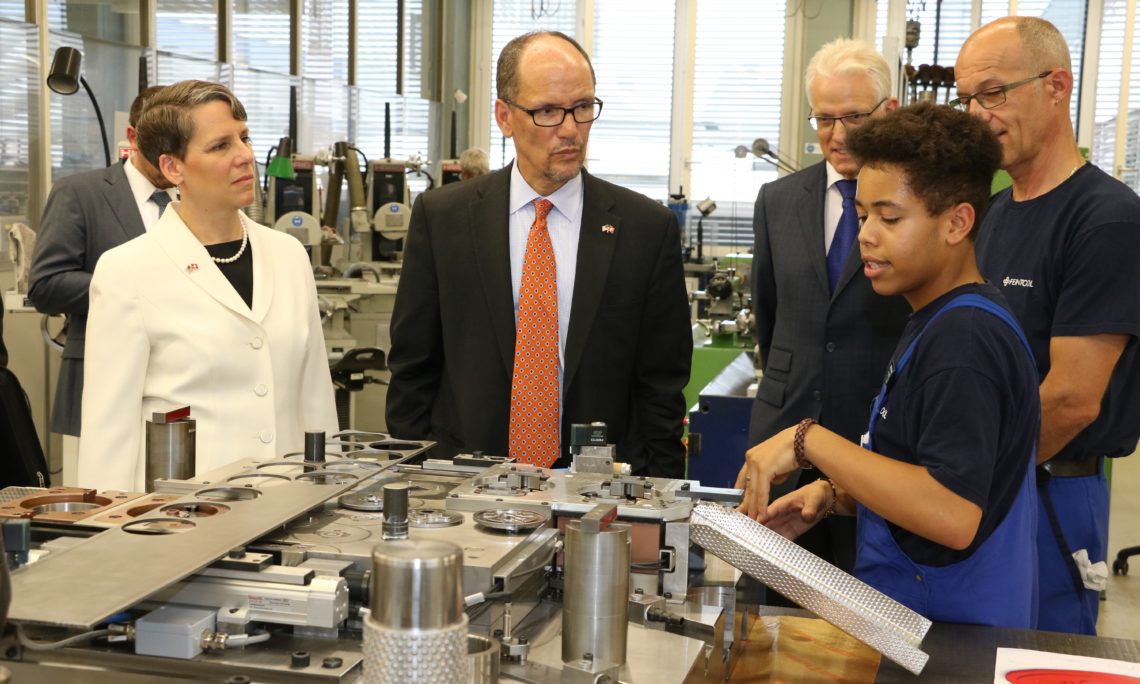 On April 30, Feintool CEO Heinz Loosli hosted Ambassador LeVine and her team at Feintool, headquarters in Lyss, Switzerland. Feintool develops and manufactures tools and presses, as well as high-precision, custom parts and components for the global automotive industry. During the visit Ambassador LeVine and Feintool staff discussed Feintool’s footprint in the USA as well as the company’s robust apprenticeship program, which is active in both Switzerland and the company’s Cincinnati operation. Feintool is a leader in U.S. apprenticeship development, having introduced their Swiss model into their Ohio-based operation in 1987.