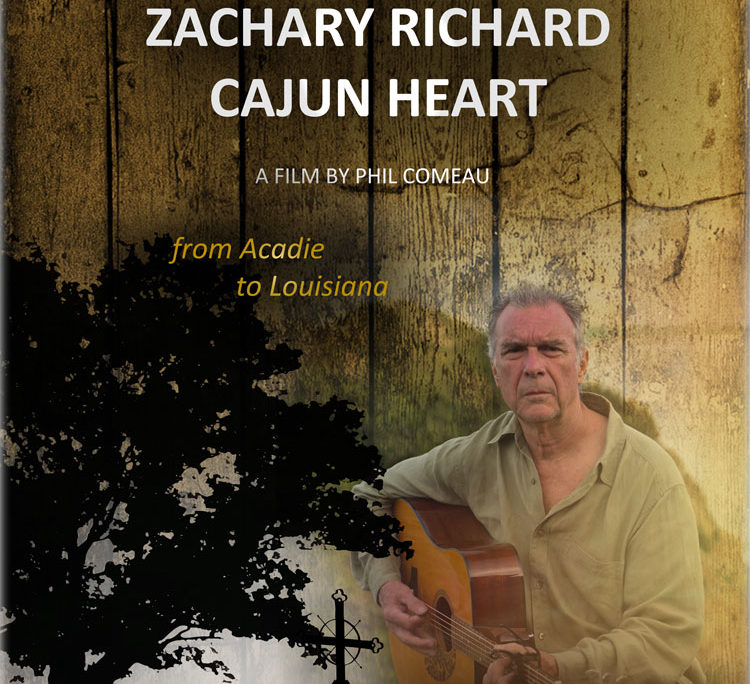 In France, Canada, Switzerland and many other countries people speak French, but did you know that there is a French-speaking community in the United States too? You can learn something about the Cajun culture and community, mainly found in Louisiana, on March 21, 2017, at the Bubenberg Cinema in Bern, when the award-winning movie Zachary Richard, Cajun Heart by Acadian film maker from Canada, Phil Comeau, will be shown. The screening is part of the celebrations commemorating the Week of French Language and Francophonie.

The film depicts world-renowned Cajun singer Zachary Richard as he embarks on a journey to explore his Acadian-Cajun identity, showcasing the resilience of French culture in North America. Zachary’s family was part of the first massive Acadian migration south to Louisiana in the period from 1755 to 1763. The Acadians were expelled after refusing to swear their allegiance to the British crown. Zachary traces the footsteps of his ancestors in Canada and the USA, seeking to understand how this history created his contemporary Acadian-Cajun culture.

South Louisiana still has deep French roots, although the number of French speakers is decreasing. There were about a million French speakers in Louisiana in 1968. Today the number is pegged at 150,000 to 200,000. Those who speak French as their first language tend to be older than 70. Currently efforts to sustain Louisiana French are particularly strong in the oil and university town of Lafayette, a regional hub where old-timers and young professionals alike speak French in cafes.

Join us for a discussion with the director, Phil Comeau and a screening of the film. For more information and to register please go to SEMAINE DE LA LANGUE FRANÇAISE ET DE LA FRANCOPHONIE

Background on the Week of the French Language and the Francophonie

The Week of the French Language and the Francophonie is organized every year around March 20, International Day of the Francophonie. During that week thousands of events are organized around the world focusing on the Francophone identity and to allow the general public to celebrate the French language. For 220 million people worldwide, French is the primary language, and it is spoken by some 900 million people worldwide. It is the fifth most spoken language in the world and one of the official languages at international organizations like the United Nations, NATO or the OECD. The International Organization of La Francophonie (IOF) groups together all states in which French is spoken as an official language, mother tongue or a language of  instruction, and advocates solidarity, peace, democracy, the rule of law and sustainable development in the francophone states.