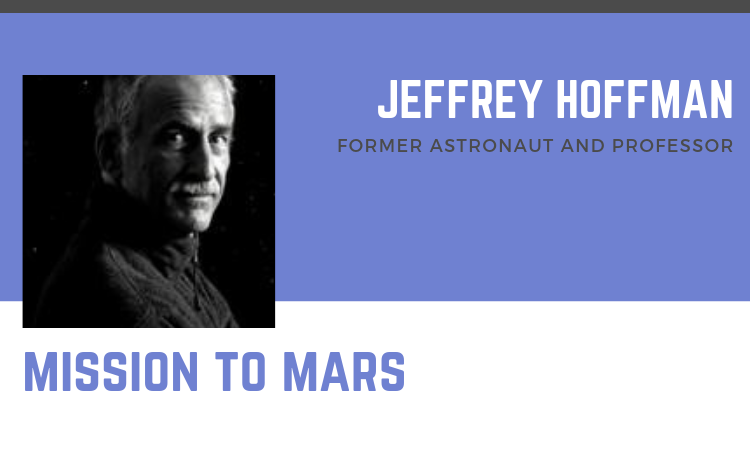 On invitation by the U.S. Embassy in Bern and with support of the U.S. State Department, former astronaut Jeffrey Hoffman will give several presentations in Switzerland from 23 to 25 September. Jeffrey Hoffman teaches in the Department of Aeronautics and Astronautics at the Massachusetts Institute of Technology.  A member of the U.S. Astronauts Hall of Fame, Hoffman was the first person to spend 1,000 hours on Space Shuttle missions.  He also helped repair the Hubble Telescope, and designed advanced space suits and tools for building the International Space Station.  He became NASA’s European representative and continues to serve NASA as a deputy principal investigator for the 2020 mission to Mars.

In Switzerland, Professor Hoffman will talk about the mission to Mars, the Mars Oxygen ISRU Experiment (MOXIE) that will travel to the surface of Mars on NASA’s Mars2020 rover, and about the future of human exploration in space. He will also share his own experiences as an astronaut, during which on several occasions he worked closely together with Swiss astronaut Claude Nicollier.

Click on the following links to read more about Jeffery Hoffman’s career and see a video in which he reminisces about his career as an astronaut.  Bio Video

Jeffrey Hoffman will give a public talk on September 25 at the ETH in Zurich. Further information and registration form you will find here.