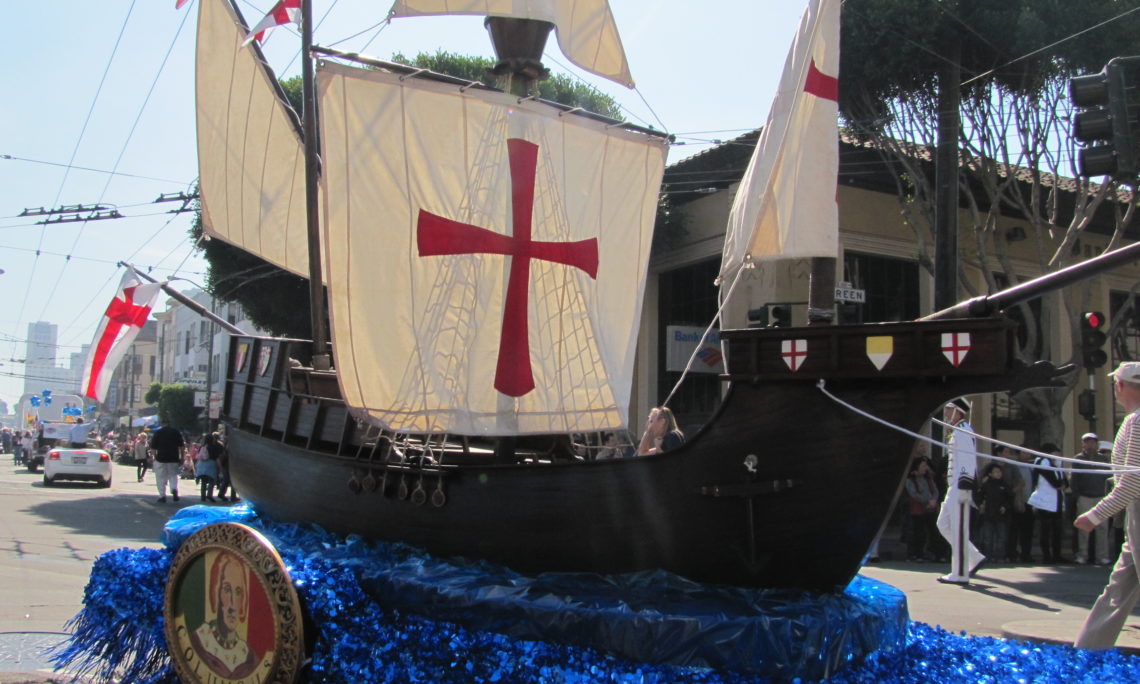 Columbus Day is the U.S. federal holiday commemorating explorer Christopher Columbus’ landing in the New World on October 12, 1492. It also celebrates the cultural heritage of Italian Americans, since many scholars believe Columbus was born in Genoa, Italy.

Columbus Day has been an annual holiday in the United States since 1937. Initially celebrated on October 12, it was moved to the second Monday in October to give workers a long holiday weekend.

Italian immigrants first observed Columbus Day as a celebration of their heritage in 1866 in New York. According to the U.S. Census, there are more than 18 million people of Italian ancestry in the United States, making them the fourth-largest ancestry group. The holiday continues to evoke discussions about the Age of Exploration and the transformations it provoked, including the injustices done to indigenous peoples.

Some localities in the United States have decreed alternatives to Columbus Day to honor the original inhabitants of the islands where the explorer landed. In California, the cities of Berkeley, Sebastopol and Santa Cruz have replaced Columbus Day with Indigenous Peoples Day. South Dakota renamed the holiday Native American Day, and Alabama celebrates a combination Columbus Day and American Indian Heritage Day. Hawaii calls it Discovery Day to commemorate the arrival of Polynesian settlers. The Census Bureau estimates the population of Native Americans and Alaska Natives at 5 million.

Columbus made four trans-Atlantic voyages between 1492 and 1504 under the sponsorship of King Ferdinand and Queen Isabella of Spain. These voyages changed the map of the world. By opening up the Americas to European settlement — and exploitation — they also altered history.

Columbus was not the first European to cross the Atlantic successfully. Viking sailors are believed to have established a short-lived settlement in Newfoundland sometime in A.D. 1000 and scholars have argued for a number of other possible pre-Columbian landings. Columbus, however, initiated the lasting encounter between Europeans and the indigenous peoples of the Western Hemisphere.

In the late 15th century, Portugal dominated the effort to establish a sea route between Europe and India by circumnavigating Africa. It was with an eye toward outflanking the Portuguese that Isabella I of Spain authorized an expedition in which Columbus would sail west from Spain, aiming for India. This, of course, presumed that the world was round; many educated people already understood this.

Columbus set sail with 90 men in August 1492 on three ships: the Santa Maria, the Niña and the Pinta.

After sailing west for five weeks, the expedition reached an island now part of the British Bahamas on October 12. Columbus named it San Salvador and believed he had found a new route to India, hence the use of the word “Indians” to describe the peoples he met.

Columbus made three subsequent voyages and died believing he had found a new route to India and Asia, and not, in fact, the gateway to North and South America.

Because the United States evolved out of British colonization rather than the Spanish claims of Columbus and his successors, the United States for many years did not celebrate Columbus’ “discovery,” although ceremonies were held on the 300th and 400th anniversaries of his first landing.

In 1937, Congress and President Franklin D. Roosevelt made Columbus Day, October 12, a national holiday, largely because of lobbying by the Knights of Columbus, a Catholic fraternal and charitable organization. It was moved to the second Tuesday in October in 1971.

U.S. federal government offices and most banks close on Columbus Day. Schools typically remain open, as do most businesses.

New York, San Francisco, Chicago, Boston and Denver are some of the cities that hold festive Columbus Day/Italian heritage parades and celebrations with colorful costumes, music and Italian food.

A number of other nations celebrate Columbus’ voyages with annual holidays. Among them are Discovery Day in the Bahamas and Colombia, and Día de la Resistencia Indígena in Venezuela. It is called Fiesta Nacional in Spain, and Día de la Raza in much of Latin America, in honor of the Hispanic culture’s diverse roots.